Grassroots Football lays the foundation of the sport and its primary aim is to increase participation for children, youth, amateurs, veterans, those with physical disabilities and even the socially disadvantaged.

The Asian Football Confederation (AFC) defines grassroots football as ‘All football which is non-professional and non-elite.' It intends to bring all together by providing access to football regardless of age, gender, physical condition, skin color, religion or ethnic origin.

AIFF's Grassroots Development programme kicked-off in December 2012 and the expansion was rapid, and fast. In 2013, AIFF finished second at the AFC Annual Awards in the ‘Grassroots Member Association of the Year' category. 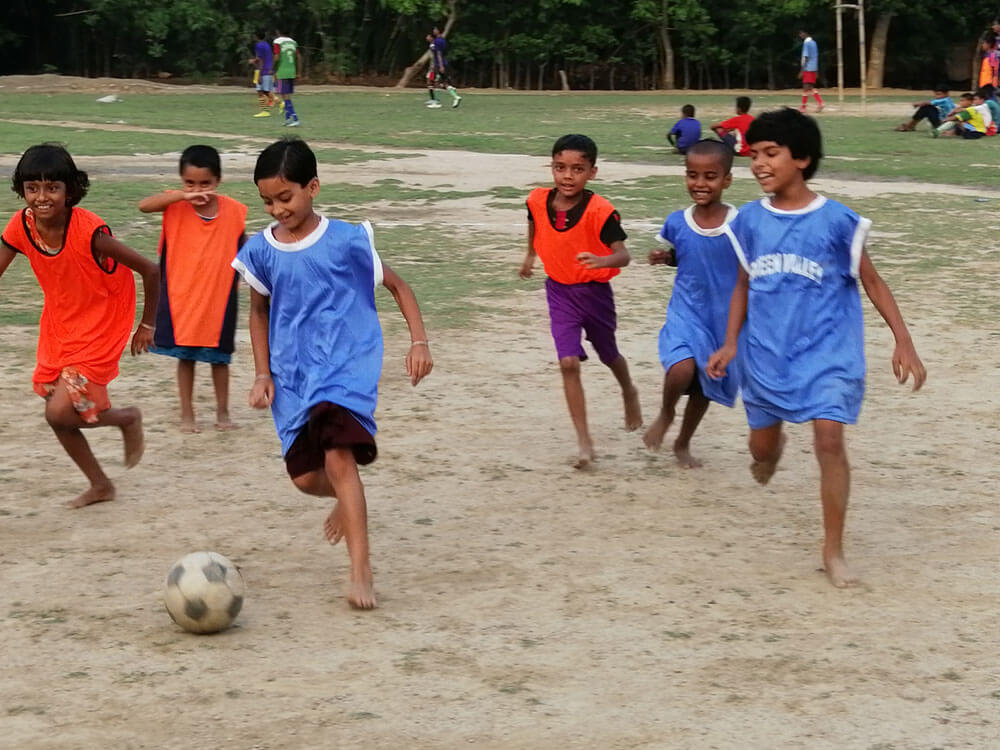 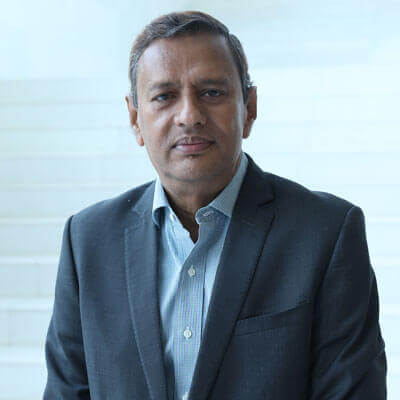 It's very important for all to understand the importance AIFF puts on Grassroots and Youth Development. The idea is to encourage participation rather than competition. Even amateur footballers are free to take part. 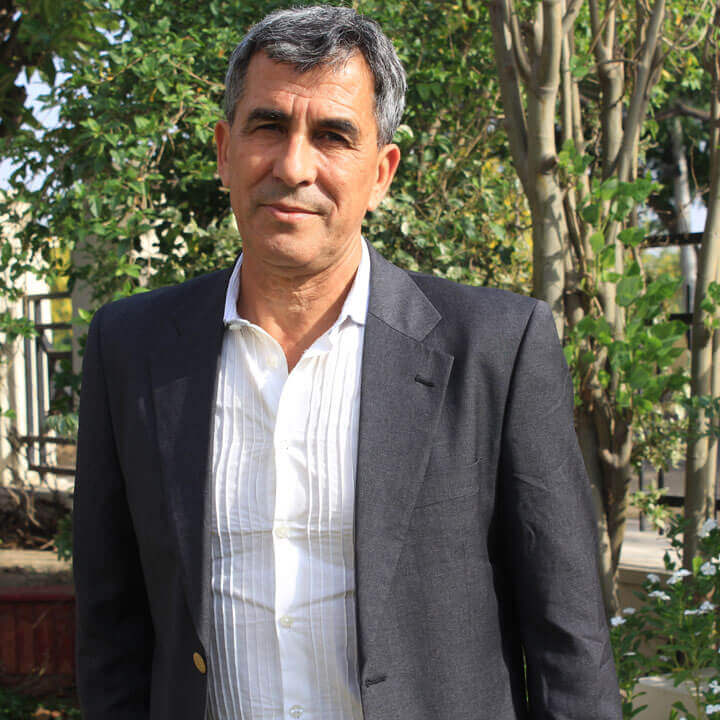 We need more competitions. We need more games to build a better future. The idea is to ensure that the kids get to play more matches. A larger reach will help us attain that. 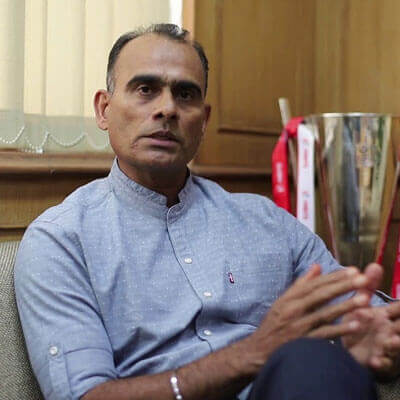 The Grassroots Programme acts as a starting point in the player development pathway by providing playing opportunities to as many children (boys and girls) as possible in the age group of 6-12 years.

This age-group constitutes the 'golden age of learning,' and children should be introduced to Football with the philosophy by promoting the principles of fair play. In addition to learning Football, children are also to be provided with an opportunity to “learn through football,” thus building their personality and confidence, while also inspiring teamwork.

By design, the Grassroots programme creates numerous opportunities, employing passionate football educators across India, engaging children from various backgrounds, involving multiple stakeholders and officials in the ‘Beautiful Game,’ all of which contribute to the overall Grassroots ecosystem in India. 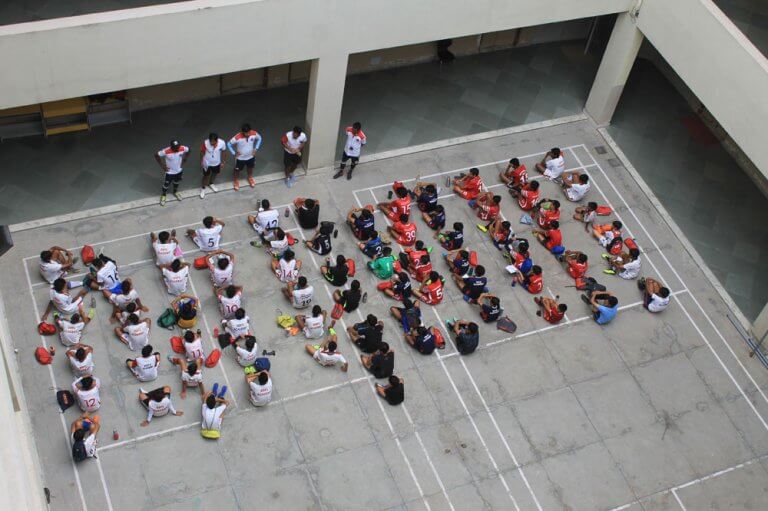 The vision and mission of Grassroots is for Football to be the sport of choice -- reaching all communities and helping India be an inspiring, proud and successful football nation at the highest level. We seek to achieve this through a three-fold approach focussing on coach education, organising regular events, and implementing comprehensive development programmes by working with all stakeholders. 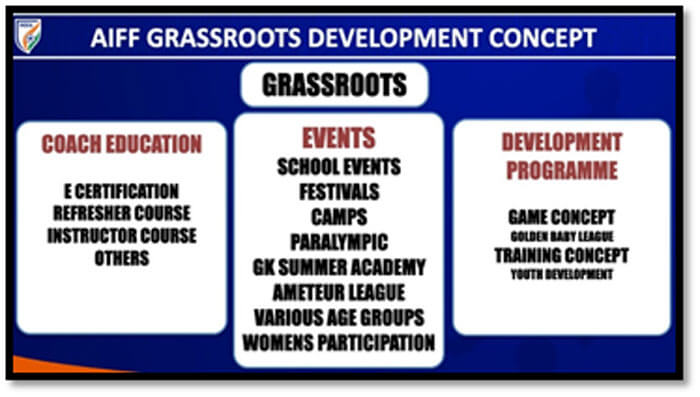 National Girl Child Day is celebrated every year on January 24th throughout the country to generate awareness about girls' rights, issues that they face and how they can be empowered to meet the challenges in society. Football has always been a great tool of empowerment for girls and women across India, and the world. 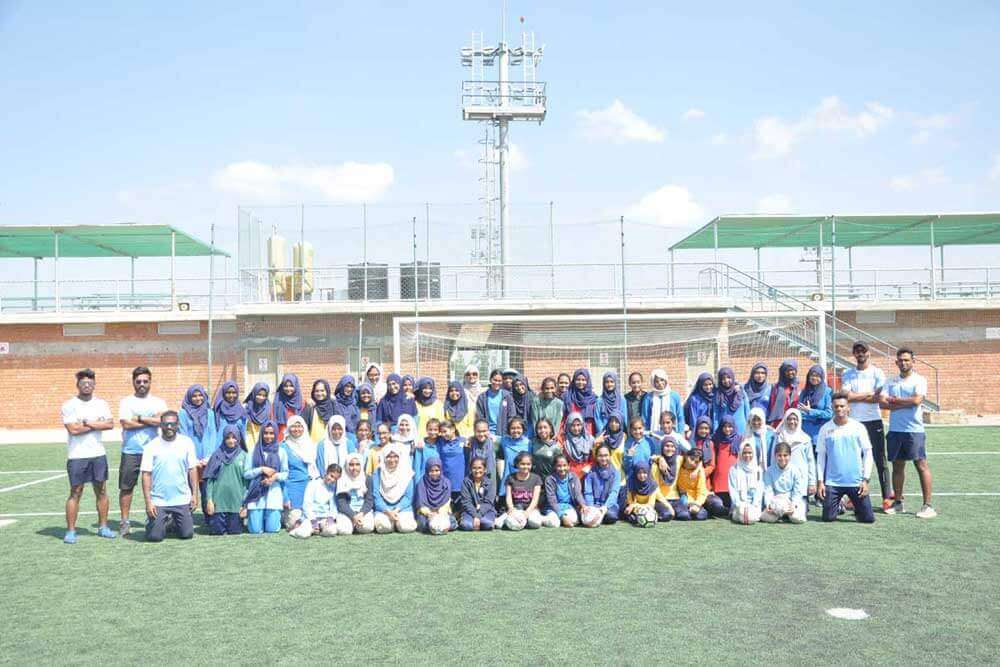 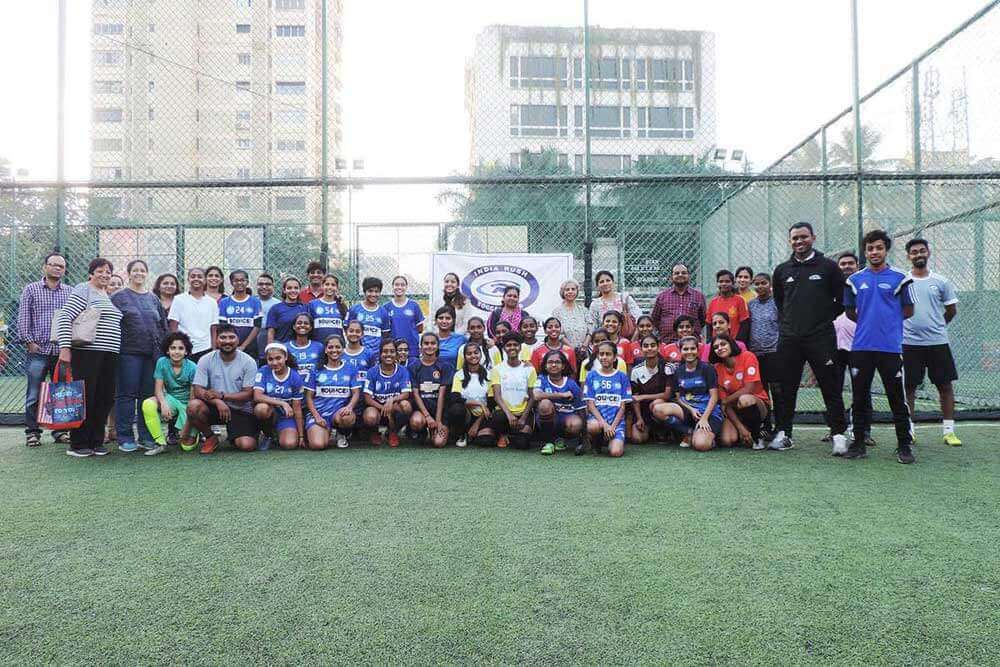 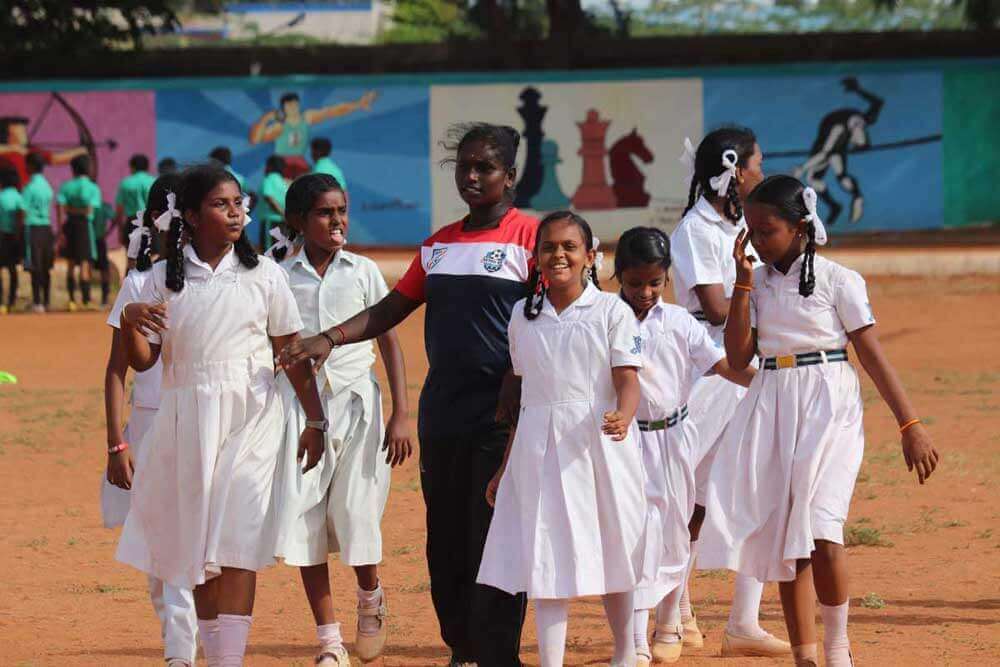 The Golden Baby Leagues project was launched in the year 2018 in association with FIFA’s development programme – FIFA forward. We believe that the ages of 6-12 years form the golden age of learning for young boys and girls. learning through games while having fun, making friendships and developing team spirit are key ingredients in developing a football player for life.To know more - GBL (https://www.the-aiff.com/golden-baby-league) 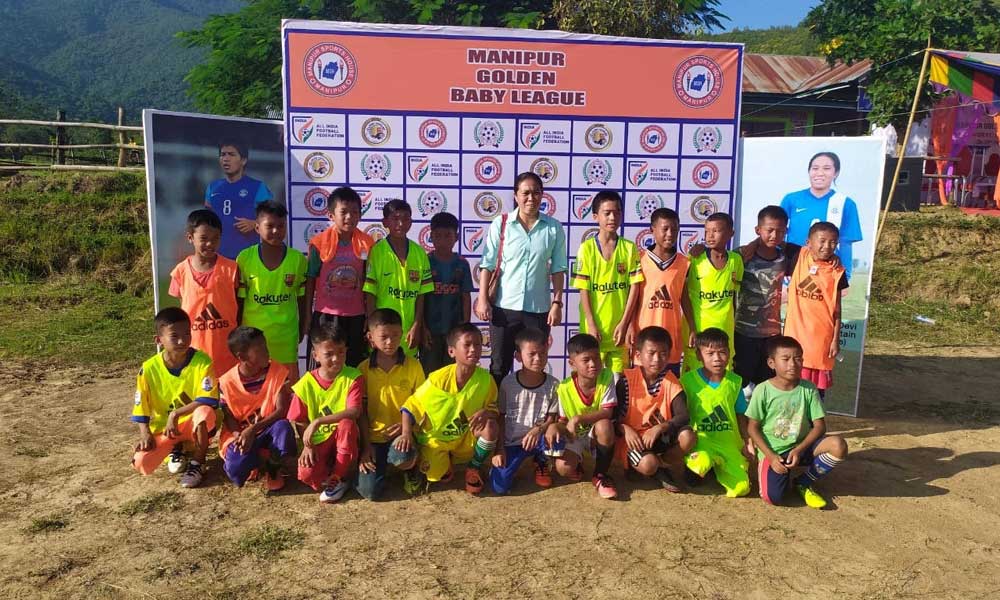 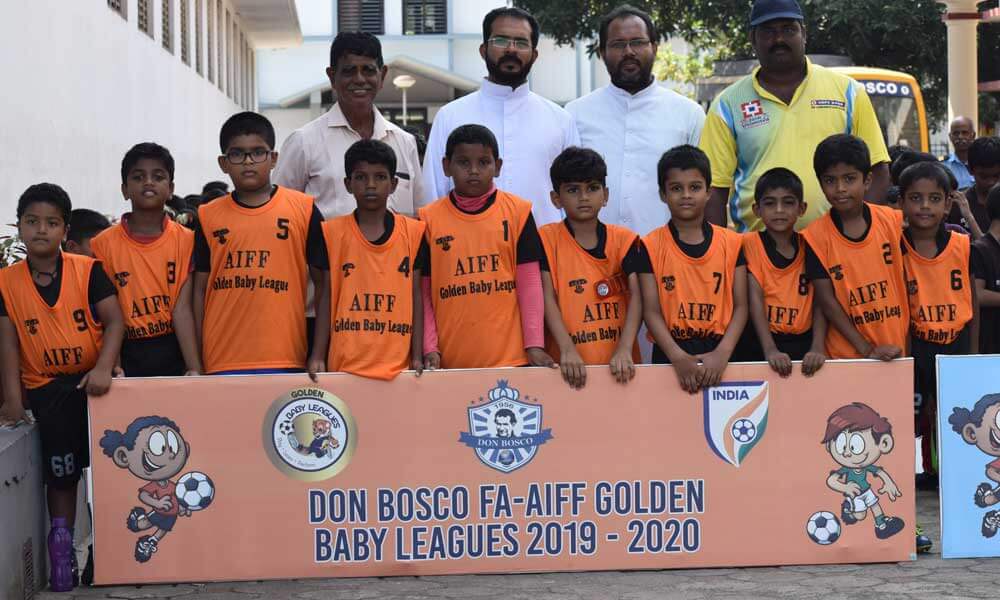 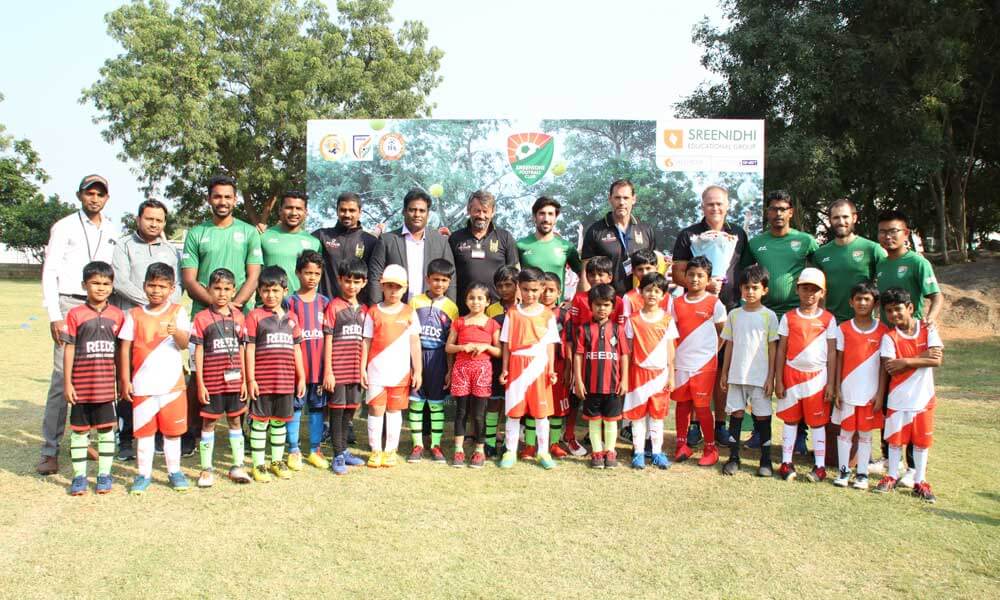 The AFC Women's Football Day was first held in 2014. It is celebrated by all of the Member Associations to honor the involvement and contribution of women in football. 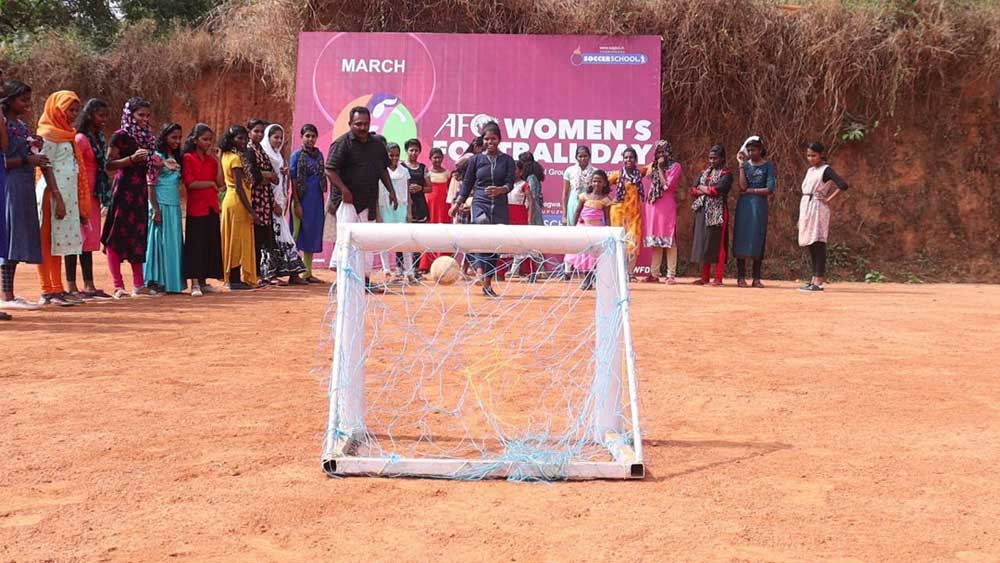 Grassroots Day aims to develop the popularity of football at the grassroots level among the kids under 12 years, which is a golden age for development. This is the platform to spread awareness about grassroots football and its benefits -- one being the increase of the base of the player pyramid structure. 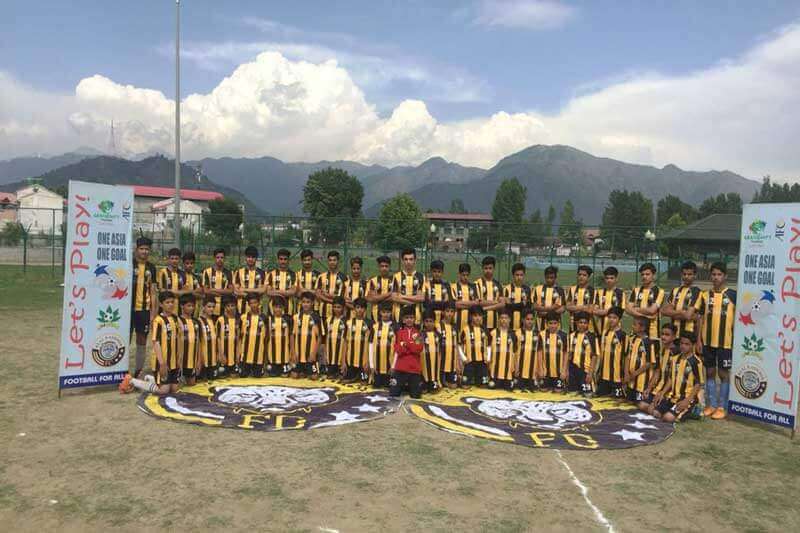 The global outbreak of COVID-19 pandemic has significantly impacted the football industry with major sporting events coming to a stand-still and posing new challenges to the professional sports ecosystem.
In such a situation the webinars played a pivotal role to remotely connect people with one another. AIFF have organised numerous workshops on grassroots football among various states, academies, clubs and local organizations to increase the participation and awareness of social football culture. It is an introductory course that is conducted in 4 days. Besides coaching kids of 6-12 years of age, the course content also focuses on Golden Baby Leagues and Futsal. It is a prerequisite for coaches who want to apply for the AIFF ‘D’ certificate from 2021