The team has also won the Gold medal on three occasions at the South Asian Games (2010, 2016, 2019). The most recent victory came in Pokhara, Nepal with a 2-0 victory over the hosts in the final.

In 2018, the team qualified for the second round of the Olympic qualifiers for the very first time. The second round was held in April 2019 in Mandalay, Myanmar -- where the Indian side remained unbeaten in their three matches but bowed out on goal difference after recording wins against Indonesia (2-0) and Nepal (3-1), followed by a 3-3 draw against hosts Myanmar. 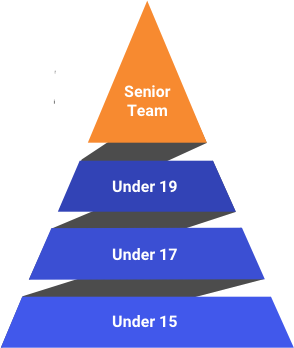