News
There will be only one IM Vijayan: Sahal Abdul Samad 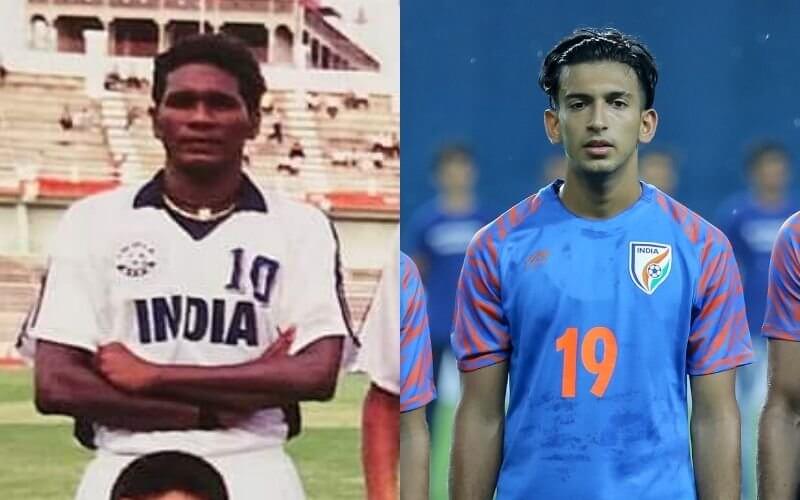 During a Live show on AIFF TV, Sahal expressed his awe at Vijayan, who is regarded as one of the role models for young footballers coming out of the 'God's own Country'.

"There will be only one IM Vijayan. There's absolutely none like him," Sahal stated.

The 23-year-old went on to express his regret that he was never able to share a dressing room with the man who was often fondly referred to as the 'Black Buck' by fans for his propensity to dribble past opposition defenders.

"It is unfortunate that I could not play with him or share a dressing room with him," said Sahal.

🗣️ @sahal_abdul_samad: "@imvijayan is an inspiration for all of us. I've seen him play and even now, he has still got those magical feet." ⚡😍 #IndianFootball ⚽ #BackTheBlue 💙 #BlueTigers 🐯

"All of us youngsters from Kerala look up to him. Everyone in Kerala who loves football, loves IM Vijayan," continued Sahal.

Sahal, who himself is known to have tinkle-toes on the pitch, stated that he was left amazed when he saw Vijayan play in local exhibition matches.

"I couldn't see him during his playing days, but even now whenever he plays local exhibition matches, you can see that he's still got it – the magical feet," he stated.

A Keralite by birth, Sahal Abdul Samad was brought up in the United Arab Emirates, before he made the move homewards. It was after the young playmaker had played in the college and the district levels that he was snapped up by Kerala Blasters FC.

The young playmaker believes that his decision to move from the UAE to his ancestral home of Kerala was a game-changer in terms of his career as a football player.

"I had to make the choice between studies and sports, and I chose to come to India to do my degree, and that decision changed everything," said the 23-year-old.

"It was only after I came to India, that I represented my college team, and then my district team, Kerala Blasters and then the Indian National Team," he stated.

The 23-year-old stated his amazement at the deafening chants of the supporters of Kerala Blasters at the Jawaharlal Nehru Stadium in Kochi.

"When I played my first match in Kochi, I was simply awestruck. Out on the pitch, I could not hear the players speak amongst themselves," stated Sahal.

"They provide us with their support irrespective of whether we win or lost, and that's how the fans keep us motivated. The fans in Kerala are very special indeed," he said.