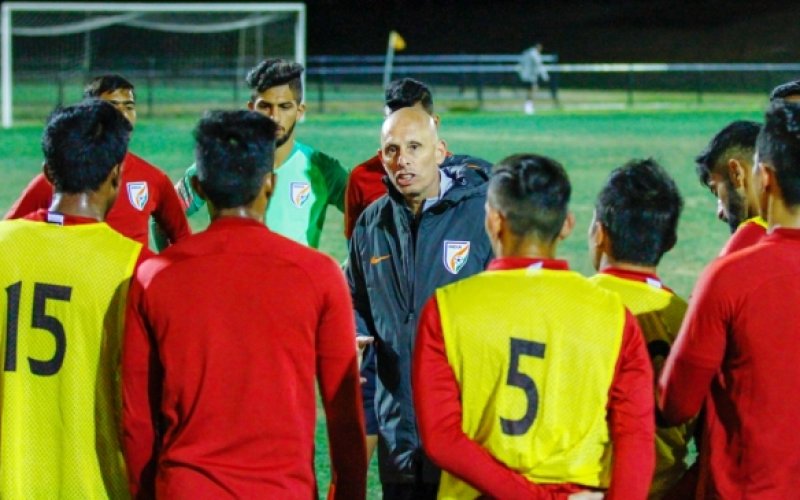 NEW DELHI: The Indian National Team currently on an exposure trip in Australia will play against defending A-League Premier Champions Sydney FC in a friendly fixture on August 28, 2018.

Besides, India are also scheduled to play against APIA Leichhardt Tigers FC and Rydalmere Lions FC on August 25 and 31 respectively.

Head Coach Constantine informed the boys will be up against full-strength Sydney FC. "Sydney FC are the current A-League Premiers Champion and the best-performing club over the last 3 years. It will be a huge test for us and we are ready for that,” he said.

The Sydney-based outfit finished their A-League campaign with a handsome 14-point lead over Newcastle Jets, who were second in the points table in the 2017-18 A-League season.

Reflecting on the other two opponents, Constantine further informed: "We are scheduled to play against APIA Leichhardt tomorrow (August 25) and they have been on a decent run recently. They beat Melbourne Victory in a cup match earlier this week and we're getting ready for a taxing game.”

"Our last game is against another NPL team Rydalmere Lions FC who have also made the right noises last season,” Constantine informed. “Both of the teams would feature a mix of U-20 and Senior Team boys.”

While APIA Leichhardt Tigers FC are the reigning National Premier Leagues NSW premiers champion, Rydalmere Lions FC have been promoted to NSW NPL2 after finishing at the top of NSW NPL 3 last season.

Constantine's boys have had a 20-day long camp in New Delhi before flying to Australia on August 17, 2018 to bolster their preparation for the forthcoming SAFF Suzuki Cup.

India’s fixtures for Friendly matches in Sydney are as follows: