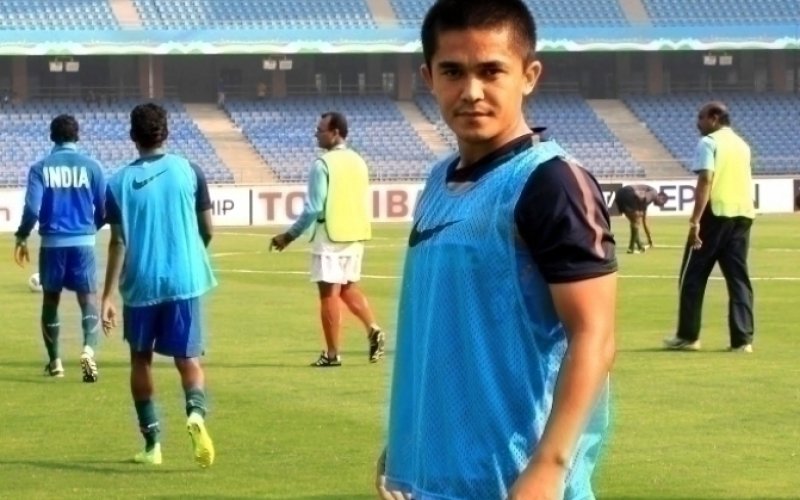 “I met the people at JSW a few months ago and the first thing that struck me was the passion behind all the planning. I want to play for a Club that’s clear about its vision and I saw that in JSW. I know I am coming from a Champion Team but that works as more motivation here,” said Chhetri.

Chhetri had signed for Sporting Clube de Portugal B last season before he came on loan to Churchill Brothers towards the fag end of the I-League.

On his decision of signing for a Club that will be making its I-League debut this season, Chhetri said he didn’t need any prodding. “Choosing JSW wasn’t really tough because the people seemed genuine. We need to think long term. We are a young Team and we wouldn’t want to harbour high hopes. I’m not setting any targets but I’m sure we can achieve a lot of things if we stick together,” Chhetri maintained.

Parth Jindal, CEO of the club said they are delighted with the latest signing. “For someone of Sunil Chhetri’s calibre to join JSW says a lot about the Club. Signing the National Team Captain is the best possible statement of where we want to take this club. We are very happy to have Sunil on board.”

With the team being a young one, Chhetri realises that his responsibilities will double. But it’s a task the diminutive marksman says he will relish. “I’m used to taking burdens and I’m going to give everything I am capable of, to this Club. We’re going to need everyone – right from the ball boy to the owners – to be behind us at all times and I am sure we can repay their faith.”

Chhetri is the second National Team Player whom JSW have signed after fellow-striker Robin Singh agreed a deal with the Club last week.