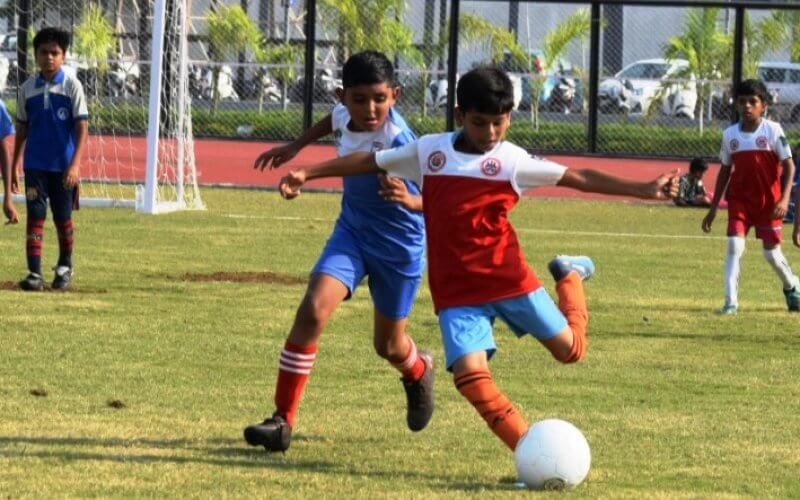 NEW DELHI: Catch 'em, Young! The Golden Baby Leagues introduced by AIFF aims to popularise the sport among the kids and also at spotting talent from 6-year onwards -- thus making football "the sport of choice touching all communities."

The Golden Baby League caters to the age-groups from U-6 to U-12. 10,000-odd kids who fall under the U-8 age-group have joined the project through 139 active GBL programs since the last year. Out of the 3,000-odd kids in the U-6 age-bracket have enrolled across active programs with a mission to make India "an inspiring, proud and successful football nation at the highest level.”

The GBL program has been scientifically planned to scale up gradually. The format for the age-group U-6 is 3v3, while the prescribed format is 4v4 and 5v5 for the next two age-groups, i.e. U-7 and U-8. The solitary goal of making separate plans for every age-group is to "develop neuro-muscular skills.”

"We are looking at the number of interactions and touches of every kid. The objective is to get more inclusive and increasing touches as well as game interactions. Increasing the number of technical repetitions during the training session is the key to develop neuro-muscular skills. Teaching skills through repetitions is the mother of the learning process," AIFF Technical Director Doru Isac maintained.

“When you begin with starting with 6-years-olds, it provides the children with an opportunity for their cognitive and psycho-social development. The kids' physical, mental and social developments are of paramount importance,” Doru added.

“The Golden Baby League project will act as a bridge between developing their action-reaction, as well as bettering their sense of achievement.”

The Golden Baby League project has also been hailed by Shri Kiren Rijiju, Minister of State of the Ministry of Youth Affairs and Sports, with him labelling the project as “very well-planned-off.”

"Golden Baby League sounds very cute. The actual searching of the talents has to start at a very young age. I'm very interested to see the results of the Golden Baby League, which has been well-planned-off," Rijiju has mentioned against the backdrop of the Blue Tigers' encounter against DPR Korea in the Hero Intercontinental Cup last year.

The most significant part stays that more than 3,500 young girls have also joined the bandwagon which shows a shift in the minds of the parents in allowing the girl-child to take up football.

"Irrespective of the gender, the training sessions will sow the seeds at a tender age. Attitude, discipline, hard work and perseverance are the pillars of the bridge between mediocrity and performance, success and failure and sorrow and triumph. These attributes can rightly be instilled amongst the young guns through a game of football with a grin,” Doru added.

"In future, some of them might be professional players but others will go on to be doctors, teachers, engineers, pilots, etc. But the learning through these football sessions will always help them going an extra yard extra compared to others," the Romanian felt.

Grassroots E-Pathshala is a ‘nice initiative’ for learnin...