Women Football
The U-17 Girls 'need your support' 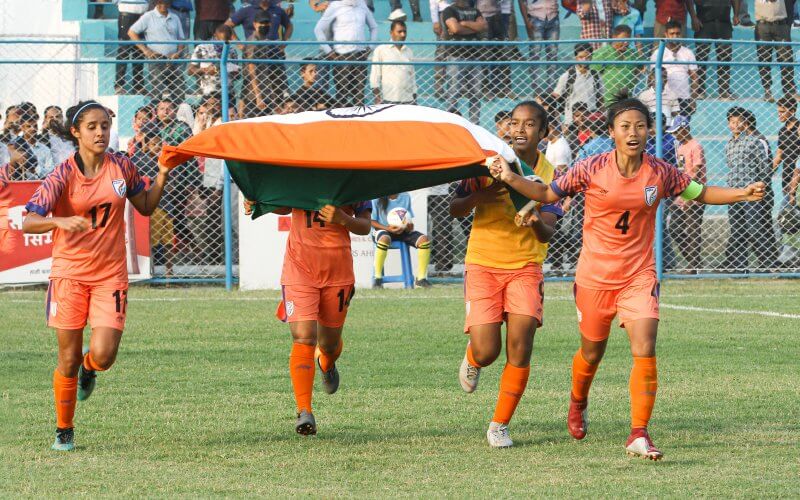 People make their New Year’s Resolutions. But I have a revolution in mind for the new decade. And it revolves around Women’s Football in India.

We all know how important the year 2020 is going to be for female footballers like myself in this country. The FIFA U-17 Women’s World Cup India 2020 is to be hosted in India, and it is time to Back the Blue again.

We all saw packed stadias in the men’s version of the tournament back in 2017, something that our young boys witnessed for the first time in their lives. I would like to request all of you to do even better for the women’s version this year.

It would have personally been a great opportunity for me had such an event been organised back when I was a budding teenager. And that is why I want all the girls in the current India U-17 team to grab this opportunity, and take Women’s Football forward in India.

The team that would participate in the World Cup gave a good account of themselves in the SAFF U-15 Championship and the U-17 Women’s Football Tournament last year. What makes their performance in the World Cup all the more important for Women Footballers across the nation is that sociologically, the Beautiful Game is not often viewed as a viable sport for the fairer sex.

I myself have had to face a lot of opposition from my family when they learnt that I liked playing football. Not many girls in my neighbourhood would be playing the sport back, and my mother would often be worried about me getting serious injuries after I returned with cuts and bruises all over me.

But that changed over time as my uncle helped me to learn and grow in the sport. I am ever thankful to him for getting me to where I am today. Many promising women footballers in the country get lost in the perception that girls should not be playing football. That is the perception that these girls will be fighting against.

I urge all to play our part in helping these girls break the barriers this year, and in the years to come. We are all one community – India!

Women Football This Padma Shri is what Women’s Football in Indi...