News
Playing in the Hero I-League has been life-changing: Real Kashmir's Danish Farooq 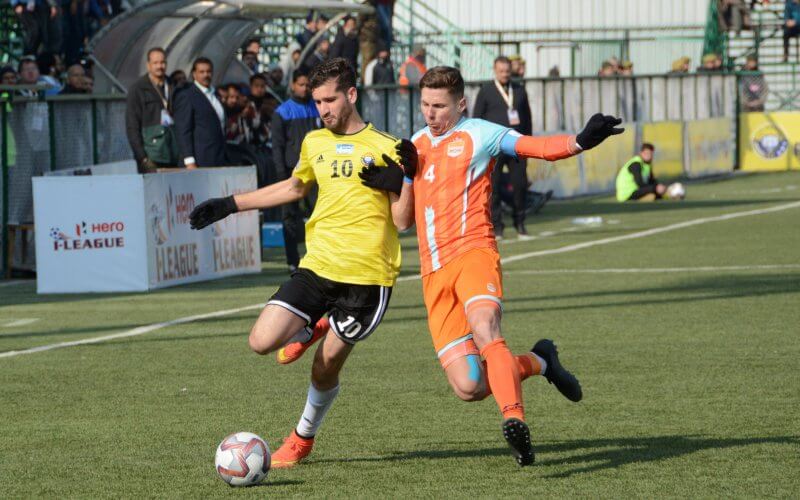 NEW DELHI: Real Kashmir FC are preparing for their third season in the Hero I-League and a key player for them in the upcoming campaign will be midfielder Danish Farooq, who recently signed an extension with the club – having been a part of the Snow Leopards since their inception in 2016.

"It's a great feeling to be a part of this club, and I am thrilled to play for them this season. I have been with the team since the very beginning and it motivates me to give my best every time I step on to the pitch. We hope to perform well in the upcoming season and go for the title," Danish told www.i-league.org.

A versatile player capable of playing multiple positions on the pitch, the 24-year-old has notched up 34 appearances in the last two seasons of the Hero I-League – scoring four times. He said that playing in the competition has been 'life-changing' for him and hailed the progress made by the club in the last few years.

"For me personally, playing in the Hero I-League has been life-changing. Earlier, it was only players and hard-core football fans who would know me. But now, more and more people recognize me and look up to me," he quipped.

Danish continued, "It has been an incredible journey for the club and when I look back, I can see that we have made tremendous progress in so many aspects. We are the first team from Jammu & Kashmir to play in the Hero I-League and being a local player, it is a different feeling altogether. It's very heartening to see how much we have moved forward."

In July this year, the club kicked off an outreach programme covering various districts in Kashmir, which included the RKFC Reserve Team playing against a number of local tournaments and friendlies in the region.

"I am very happy that I was part of the outreach programme, and the response and affection we got from the people was amazing. They were so happy to see the team. Personally, I had not played in many districts and used to get messages all the time from so many fans to come and play in their areas. Thanks to this programme, I am glad that I could spread joy among people," Danish averred.

The latest edition of the Hero I-League is set to kick off with 11 teams from January 9, 2021 onwards and will be played as per the COVID-19 safety guidelines, which includes the absence of fans in the stands and the formation of a bio-secure bubble.

Talking about the challenge that lies ahead, Danish said that the last two years of playing in the league will come in useful and mentioned that his side will miss the support from their passionate fans from the galleries.

"The conditions will be the same for all teams and this being our third season in the Hero I-League, we know what is expected of us and the level at which we have to play to succeed. Every team plays to win and we have a strong team that is hungry to do well.

"Be it snow or rain, our fans would always come to support us in large numbers at our home games in Srinagar and this time, the conditions are such that they cannot be there with us in the stadium. We will miss them but we know that they will be cheering us from their homes," Danish declared.