Women Football
This Padma Shri is what Women’s Football in India is all about, says Bembem Devi 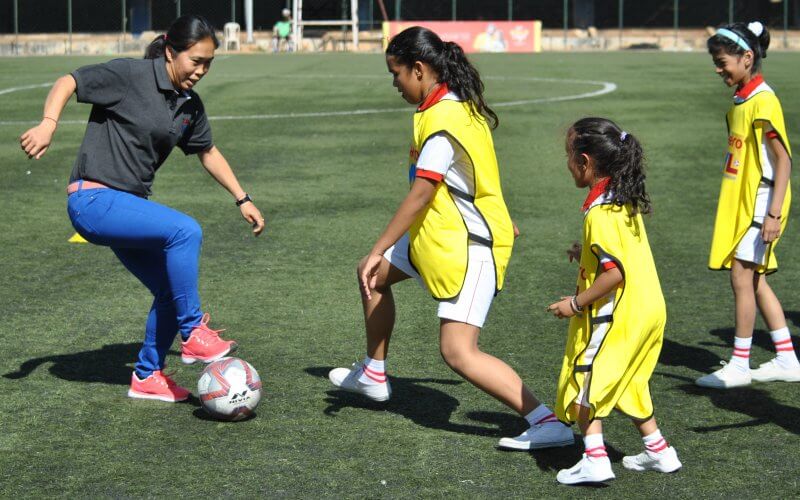 NEW DELHI: Bembem Devi, the first Indian woman footballer in India to have been named a Padma Shri, walked down memory lane to recollect days when she changed her name to Bobo and Amko to play football with the boys. In an exclusive interview she opens up at length about what the Padma Shri means to women’s football in India, her initial reaction, she taking up coaching post retirement, being the sole woman in the elite Padma Shri club, and much more. EXCERPTS:

When did you come to know about this Award?

I was in Kolkata on my way back from the Hero Indian Women’s League in Bengaluru when I got a confirmation call from an official from the Ministry of Youth Affairs and Sports. The minster for sports and youth affairs also called up later to congratulate me.

How did you react?

It was a moment of immense satisfaction -- the moment when all your pains, sacrifices, hard work combined together and came in a package to bring the Padma Shri. I was extremely excited, and it was hard to hide it. This motivates me for my future assignments, endeavours.

Were there tears of joy?

Whom do you dedicate this to?

This is a recognition to women’s football in India. This is an eye opener to all who believe you can’t go places playing women’s football in India. I hope this will inspire all the girls and their parents to believe you the ‘Beautiful game’ can make you reach higher echelons. This is the year of the FIFA U-17 World Cup India 2020. This Padma Shri award is for the next generation of girls who will play, or take up the sport some years later.

How did people around you react?

The joy on their faces means a lot. The locality where I stay basks in glory today.

She isn’t much aware of what this is all about. She told almost everyone: “I don’t know much. But yeah, I know Bembem got an award.” (Bembem smiled).

Any particular moment of childhood which comes back to your mind?

When I was Bobo and Amko.

When I was some 9 years old I had changed my name to Bobo and Amko to play football with the boys. Had I mentioned that my name was Bembem they would have understood I was a girl, and not taken me in their team to play. (bursts into laughter).

Were there apprehensions from your family?

My dad insisted on me concentrating on my studies, and for understandable reasons. However, I was stubborn and went all out. Understanding my passion, he put in a condition that I needed to balance both, and that studies could never be neglected for football.

Does being Padma Shri Bembem Devi change you as a person?

Not at all. Professionally, however, it feels nice when your contribution gets recognised. I need to thank the All India Football Federation for their support and push. I have been associated with the U-15 and U-16 National teams as an Assistant Coach and was also one of the Coaches for the U-17 Women’s tournament in Kalyani.

You are one of the few ex footballers who have taken up coaching.

The AIFF continuously supported me on this. I felt that I needed to give back to the game which has given me so much. I am a B-Licence holder and plan to complete further courses. I had done my C Licence in 2010 when I was a player, and it helped immensely. The practical knowledge, along with the theory helped me mature as a player.

You are now in an elite Padma Shri club with some of the biggest names of Indian Football. How do you react.

It’s an honour to be in the same club as the Late Gostho Paul, Late Sailen Manna, Chuni Goswami, PK Banerjee, Bhaichung Bhutia, and Sunil Chhetri. They are real legends, people whom I have heard about, and looked up to during my career.

But I feel this is just the beginning for women’s football. I see more women footballers coming up to join the club.