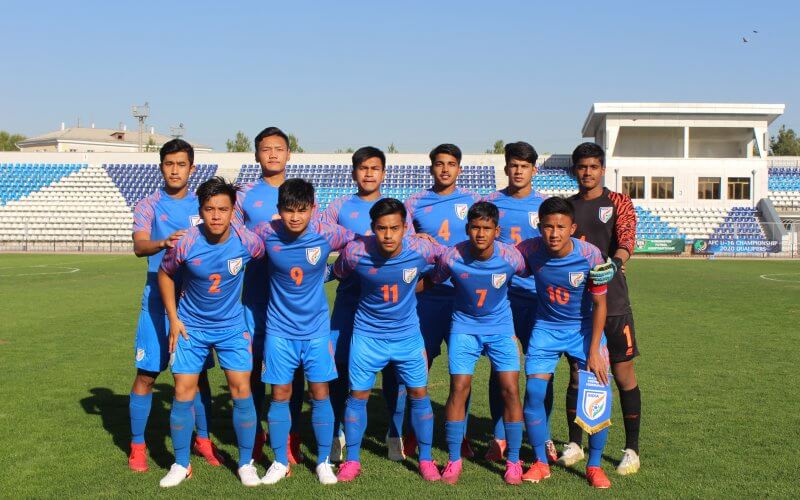 NEW DELHI: The India U-16 Men's National Team is all set to return to training for the first time after the COVID-19 induced Lockdown, in Goa, as part of their preparation for the AFC U-16 Championship that is to be held next year.

Led by head coach Bibiano Fernandes, a total of 30 players have been called up for the camp, which is set to be held at the AIFF Academy in Goa, keeping all the COVID-safety protocols in mind. While the players and staff are to converge in Goa on Friday, November 20, outdoor training activities will only resume on November 30, keeping the COVID-safety procedures in mind.

A detailed Standard Operating Procedure (SOP) has been drafted for the training camp, the implementation of which will be overseen by the support staff of the team.

"The U-16 boys have been out of training for a few months, and of course, they need to prepare for the AFC U-16 Championship, which we consider to be very important because it is a stepping stone to the FIFA U-17 World Cup. So, it’s very important that they get back to training," said AIFF Director, National Teams, Mr. Abhishek Yadav.

The former India International further went on to hail Sports Authority of India (SAI) and the Ministry of Youth Affairs and Sports (MYAS) for lending their hand to get the camp underway.

"I am glad that we are being able to start their camp, and we have had a lot of help from SAI and MYAS in this respect. I think all the players and the coaching staff are eager to get back on the training pitch once again," he stated.

As part of the COVID-safety protocols, every member of the team must get an RT-PCR test and carry a negative report before they travel to Goa for the camp. Additionally, a Rapid Antigen Test (RAT) will be conducted upon arrival in Goa, and only upon attaining a negative result, will the respective member be allowed to go into an initial quarantine phase in the camp.

After serving a week in quarantine, another RT-PCR test is to be conducted on the team members, and only upon attaining a negative result, they will be cleared to resume outdoor training. Should any member test positive, the local health authorities are to be notified for the handling of the patient.

As per the SOP, a COVID-19 Task Force is also to be constituted at the training camp to guide and monitor all the players and staff. This task force will be comprised of the head coach and other staff members.

Apart from this, several other precautions have also been taken as per implementation of the SOP, which ensures that the residential facilities, grounds, dressing rooms, gyms, and other such areas that will be used by the team, are properly disinfected and safe to use.

"Of course, we are taking all the safety precautions into consideration, heading into the U-16 National Team’s camp,” said Mr. Yadav. “There have been the safety protocols from SAI, the state guidelines and our own safety protocols which have been put together to ensure the safety of the players and the officials in the camp, which is the most important thing."

Following is the list of selected players who have been selected for the India U16 National Team Camp: