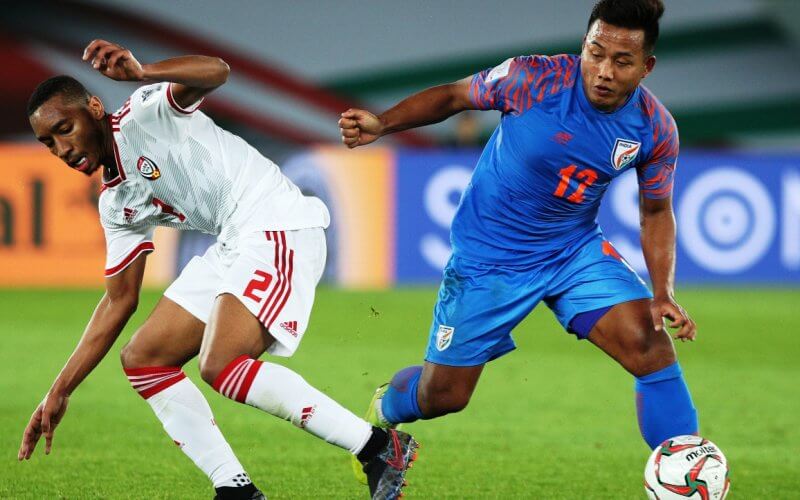 NEW DELHI: Inside a gymnasium in Aizawl, Mizoram, a stocky, but the well-chiselled figure is often seen donning a pair of 10oz gloves. Indian Football Team striker Jeje Lalpekhlua takes his stance in front of a punching bag and expertly uses his feet to move around while planting his knuckles on the back in a series of right-jabs and left hooks.

The 29-year-old, who has joined SC East Bengal for the current season and has 23 International goals from his 56 caps for India, however, is no stranger to the Ring.

“One day, my father brought home a pair of boxing gloves, and I started practising with it. Soon I took up proper coaching and started competing in local tournaments too,” Jeje said to the-aiff.com.

“I used to play a number of sports back when I was young, and boxing was one of them, along with football and lawn tennis,” said the 29-year-old. The seasoned striker had even gone on to win a junior level local boxing tournament, the Hnahthial Open when he was around 10-years-old.

“It’s always nice to win something. I really enjoyed boxing – I still do. This is a sport that really puts you through a lot of hard training, and you can always reap the benefits of that, even as a footballer,” Jeje opined.

While he had started off with multiple sports, Jeje soon had to make a choice and picked football as the discipline in which he would pursue a career. “I think I was good in boxing but after discussing with my family, I chose football,” he stated.

A BOON FOR FITNESS

The rigorous routine that boxers have to pursue is something that helps those in the sport achieve supreme levels of fitness, leading up to important matches or tournaments. However, even after he chose to pursue football on a full-time basis, Jeje has found a way to inculcate something from his past into his training.

“I generally do not get the opportunity to do any boxing training routines during a busy season,” said the two-time Hero ISL and one-time Hero I-League winner. “But when I come home for the off-season, I do make it a point to go to the boxing academy here I Aizawl to get back that old boxing touch.”

“Of course, a lot of upper body strength is involved in this sport, so that has helped me build my own strength. So when big defenders try to push me around, it’s not too difficult for me to push back,” laughed Jeje.

“On top of that, feet movement and stamina are two aspects what I have gained much from. In football, we exert ourselves at varying intensities for 90 minutes. But in boxing, you have only three rounds of three minutes each. But each of those three minutes of every round is extremely intense. Preparation for something like that really puts you in good stead in terms of stamina,” Jeje continued.

Be it a cheeky finish from inside the six-yard-box against Afghanistan in the 2015-16 SAFF Cup, or a sublime finish from outside the penalty box to sink Thailand in the 2019 AFC Asian Cup, Jeje has always been a striker with an instinct for scoring goals.

Having actively trained in boxing during his younger days, Jeje has made friends with a number of boxers from the area; a prominent friend of the Blue Tigers striker is Nutlai Lalbiakkima. The 24-year-old had shot to fame in the 2018 President’s Cup, when he beat the then World Number 1 Hasanboy Dusmatov on his way to the bronze medal.

“Lalbiakkima and I are good friends. And I am well-acquainted with a lot of other local boxers too,” said Jeje. “Mizoram has a good sporting culture, and boxing was one of the sports that enjoyed decent popularity here. It still does.”

“Logon ko josh aata hai boxing dekh ke! (People are always excited to watch boxing). There’s a big fanfare amongst the boxers in the local competition here, and perhaps that is another reason why good boxers have come out of the state,” Jeje opined.