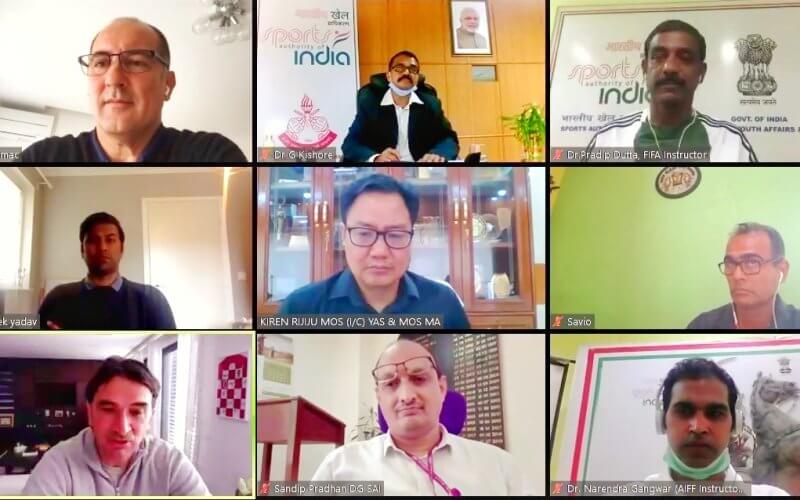 Dalic, who coached Croatia to finish runners-up to France in the final of the 2018 FIFA World Cup in Russia, spoke at length on ‘Handling Star Players’ from his home country. National Team Head Coach Igor Stimac also joined in and shared his inputs on the subject.

“I am happy to be here. I need to thank Igor and the All India Football Federation for the invitation,” Dalic mentioned.

Referring to the 2018 World Cup, Dalic stated: “We had many world class players with a lot of star status in the squad for the Russia World Cup. Luka Modric, Ivan Rakitic, Mario Mandzukic are all superstars in their own right. But my main task was to build a team which would stay together and fight for the cause hand in hand.

“We needed a big and a happy family to achieve success,” he added.

The online course is being conducted jointly by AIFF and SAI in wake of the COVID-19 pandemic which has forced the entire country to be under lockdown since March 25. A total of around 1,000 participants have been attending lectures from several experts and distinguished speakers in the unique Refresher Course.

The course concludes on May 3.

“Football teams are not built around individuals. If you want to depend on one individual to bail you out every day, you may fail,” Dalic stressed to the participants. “I am extremely thankful to the coaches who coached Croatia before. The team was already playing together, and my job to get a good result in Russia was easier.

“What people fail to understand that a Mordic or Rakitic or a Mandzukic are simple people. We just need to give them confidence. We stayed together, and that builds up the trust amongst us. Whatever the situation, we were ready for it. The team spirit was unique,” he stated.

“The job of a coach is to take decisions, and sometimes you need to be harsh. A coach cannot have any vendetta against any player. All decisions need to be taken keeping in view the interest of the team. I, for example, had to take a difficult decision of sending out a player – but I had to do it. When the need arises, you cannot be in two minds,” he explained.

“As coaches, you should have confidence in your young players. Unless you provide them game time, they won’t improve. As a coach you need to support them,” he added. “I know that coaches tend to prefer experienced players, but having known Igor (Stimac) I know he isn’t afraid to look at youngsters and improve them.” Dalic also mentioned that he has watched Blue Tigers in action. “I am sure Igor will do a wonderful job. I wish him and Indian Football good luck.”