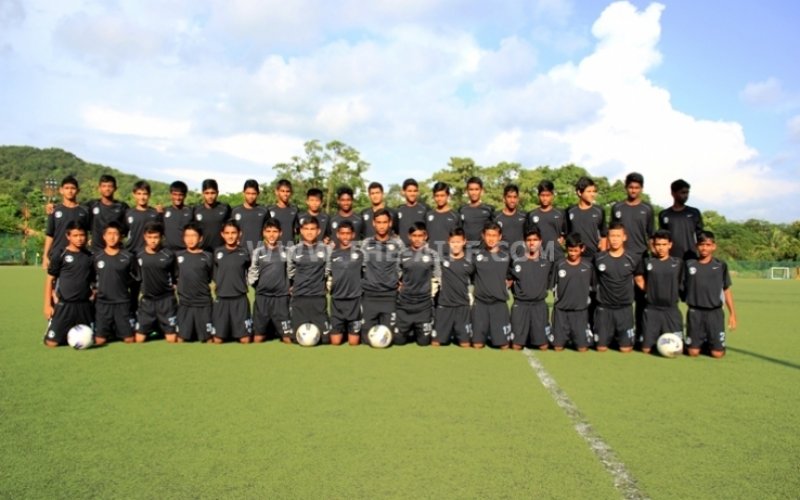 NEW DELHI: All India Football Federation’s U-14 Academy Teams registered victories in the two practice matches at the Chowgule Sports Complex in Goa.

While U-14 Goa Regional Academy Team ‘A’ pumped in half a dozen goals past  ROOTS Academy from Bangalore in the first match, the AIFF Academy Team ‘B’ scored a solitary goal victory over Marina HS, Goa in the second match.

The first match, despite being predicted to be an exciting one, was totally one-sided.

Right from the kick off, the Academy bound boys showed their dominance and surged into the lead in the 20th minute when Abhijit Sarkar found Midfielder Ribhav Sardesai to find the net.

Three minutes later, winger Md. Shahjahan curled in a beautiful cross from the left flank for an onrushing Striker Shubham Sarangi to neatly tap it in.

The third goal came in the 30th minute when Jitender Singh found the net following up Amarjeet Mishra’s cross.

Post breather, the domination enabled the Academy boys to score three more. Abhijit scored the fourth in the 48th minute after being set up by Md. Shahjahan and then Striker Abuthaheer placed it past the rival Goalkeeper after Abhijit’s pass had hoodwinked all.

Into the dying minutes of the match, Abhijit completed his brace to seal the fate.

In the other match, Amay Avinash’s  lone strike helped U-14 Goa Regional Academy Team  ‘B’ beat Marina HS, Goa. After a barren 52 minutes, Avinash scored off a long ranger to settle the issue.