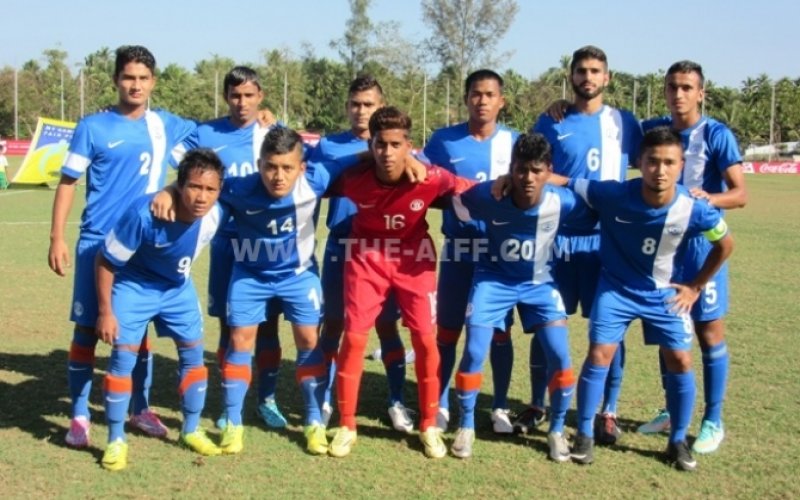 NEW DELHI: Rakesh Oram scored the only goal of the game in 1-0 return fixture against SESA FA at Sircaim as the AIFF Elite academy boys sealed their berth in the final round with five victories in a row and three matches left in hand.

The winger Oram scored his fourth league goal in the 16th minute, when skipper Robinson Singh spotted the run of Oram, who ghosted between two defenders who were distracted by Kamalpreet Singh’s movement in front of goal, before the winger sweetly cushioned the ball past rival goalkeeper. That proved to be enough to inflict a third defeat of the group stage on SESA FA.

In a thick of a moment it was Rakesh Oram again into the action; as he brushed the side netting with a swerving effort from outside the area.

Sesa FA responded well by trying to get themselves back into the game by launching series of energetic bursts, one that ended with a shot that required a good stop from the AIFF EA’s goalkeeper Sayak Barai.

However, AIFF EA nearly got their second goal just before halftime, when Milan Basumatary’s tap in on Amey Ranawade’s cross went agonisingly wide off the post.

At halftime the score read 1-0.

After the break, it was all AIFF Elite academy that enjoyed maximum possession. The introduction of Lalramzauva in midfield along with Delbert Fernandes up front; failed to inject more zip into their attack.

Despite of few exchanges in the middle of the park by SESA FA, the AIFF U-19 boys made sure to protect their lead and secure a seat in the Final phase of U19 I-league 2015.

The AIFF Academy will face the Dempo SC in their following away fixture on January 31 2015 at Sircaim. Match starts 3:45pm.