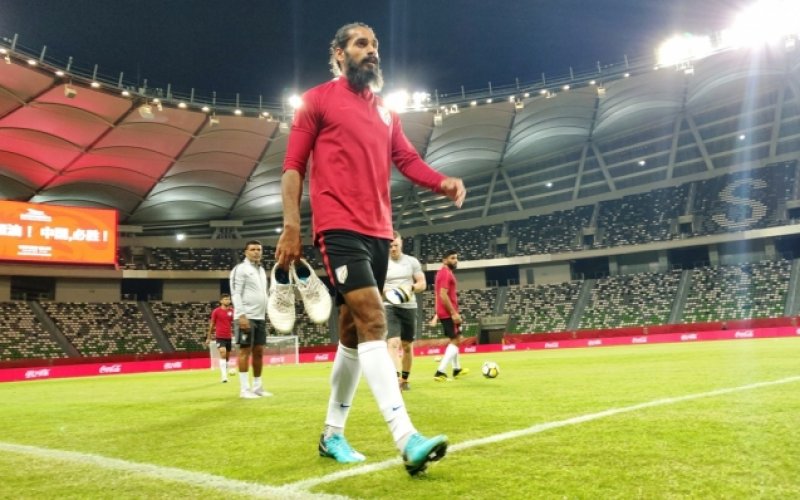 SUZHOU: Sandesh Jhingan will don the captain's armband when India take on PR China in an International Friendly at the picturesque Suzhou Olympic Stadium in Suzhou City on October 13, 2018. The match is slated to kick-off at IST 5.05pm and will be telecast live on Star Sports 1, 2, 3 and 1 Tamil, as well as Hotstar and Jio TV.

At the official pre-match press conference Coach Stephen Constantine said: "I think the captain has to reflect the attitude of the coach. Sandesh first played for me four years ago. He is a fighter and a leader. He gives everything on the pitch which most of the players do.”

"I think he is going to be one of the leaders for India going forward. Keeping the magnitude of the game in mind, I believe he deserves to lead the team,” he added.

The newly-appointed skipper thanked the coach for believing in him and handing the captain's armband to him.

"Thank you, Coach, for entrusting me with the responsibility. As an Indian boy, it was always my dream to represent the country. It's a great feeling that I can't actually express in words,” he stated.

He further added: "In Chhetri-bhai, Gurpreet, Jeje- we have a group of leaders which makes my job easy. We all work together to achieve the goal. The plan for tomorrow is that to stick to the plan and give our best on the pitch. If we are able to do that the result will follow. We're really looking forward to playing in this beautiful stadium."

This is the first meeting among the two teams since they last played in the Nehru Cup in Kochi in 1997. India are yet to win a single match against PR China in the 17 encounters played between the two countries so far.