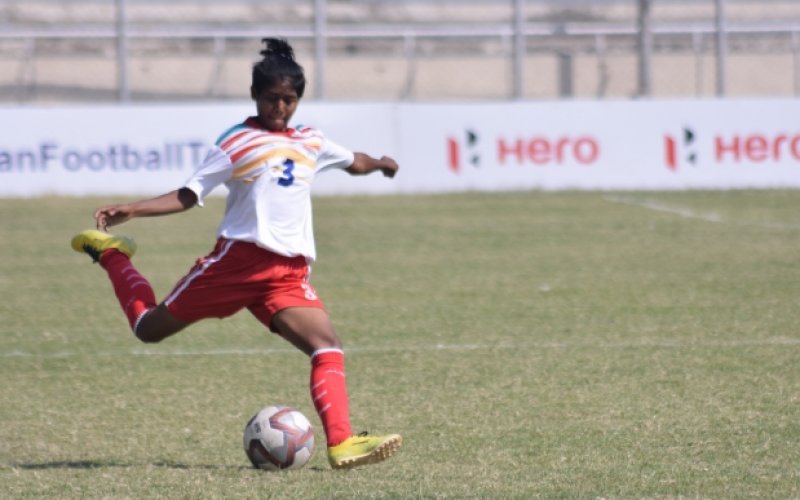 LUDHIANA: SAI-STC Cuttack bounced back from their disappointing loss last time round, to register a convincing win over Baroda Football Academy by a 4-0 margin at the Guru Nanak Stadium in Ludhiana, on Sunday.

After having lost their last game 0-10 against Manipur Police, SAI-STC Cuttack looked to turn things around against Baroda Football Academy. They took the early initiative and played a swift passing game, often laying a siege on the Baroda penalty area.

However, the side from Odisha seemed to lack the killer pass in the final third that would give their forwards the opportunity to score.

Against the run of play, though, it was Baroda who got the first real chance of the game as Mona broke on a swift counter-attack down the left flank. She beat her marker with pace, entered the SAI penalty area from a dangerous position and rifled a left-footer aimed at the top corner. However, SAI goalkeeper Subha Patra managed to get a fingertip to that and tipped it over the bar.

SAI came out with the early initiative in the second half, and it took them five minutes to surge into the lead.

Susmita hit a looping header over the the keeper's head to score the first goal for SAI. Just three minutes later, Deepa Nayak struck another one to double the lead.

Niketa Bishi and Rashmi Jee added two more in the last 10 minutes to make it a convincing 4-0 win for SAI-STC Cuttack.