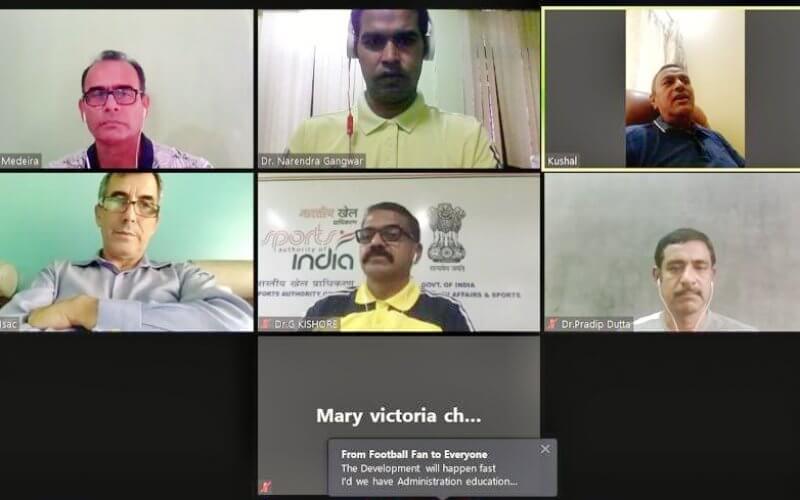 NEW DELHI: Coaches who attended the online Coaching Refresher course jointly organised by All India Football Federation and the Sports Authority of India hailed the effort, stating that it has “helped spread intricate knowledge of the game across the grassroots levels.”

A total of 884 coaches from all over the country registered for the programme. The course which had kicked-off on April 20, concluded yesterday (Saturday – May 2, 2020).

“I literally was struggling to find ways to spend my time during the lockdown, when I came to know about the course, and signed-up immediately,” current Bhawanipore FC Head Coach, and former Mohun Bagan gaffer Sankarlal Chakraborty said to the-aiff.com. “Topics discussed during the sessions have really refreshed me -- opening up a whole new dimension in my thought process.”

Former custodian and India U-23 Goalkeeping Coach Tanumoy Basu lauded the programme stating that it provided the coaches “an opportunity to review their own coaching methodologies, enabling them to reflect and improve their own methods.”

“We are normally busy at the grounds with our teams, and do not have much time to revisit or rethink the way we train our players. It was a great initiative by AIFF and SAI to conduct this course during the lockdown. It helped us to reflect on our own coaching methodologies,” Basu said.

Zlatko Dalic, Croatia’s coach in the FIFA World Cup Russia 2018 also enlightened the participants when he conducted a session from his home on Croatia on ‘How to handle Star Players.’

The Minister of State (Independent Charge) Ministry of Youth Affairs and Sports Shri Kiren Rijiju also joined in at a session with Dalic to encourage the coaches, highlighting the importance of Grassroots Football.

“This is the first time I had a proper tactical discussion with Igor and Isac. They highlighted a lot of key aspects about communication with players, and educating them about our intent behind the different training techniques,” Shankarlal added.

Former India and Mohun Bagan midfielder Manish Mathani who have recently taken to coaching believes this kind of programme will help all attendees broad-base such learnings.

“I have been working as a coach on the grassroots level for the last few years. I can now impart the knowledge that I’ve gained from these sessions to these coaches, and we can all implement these techniques at our academy,” he expressed. “Just imagine -- so many coaches taking these teachings back home and spreading the knowledge to other coaches and players in their area will further boost technical knowledge among all.”