Other Acadmies
Lose to German heavyweights by a solitary goal 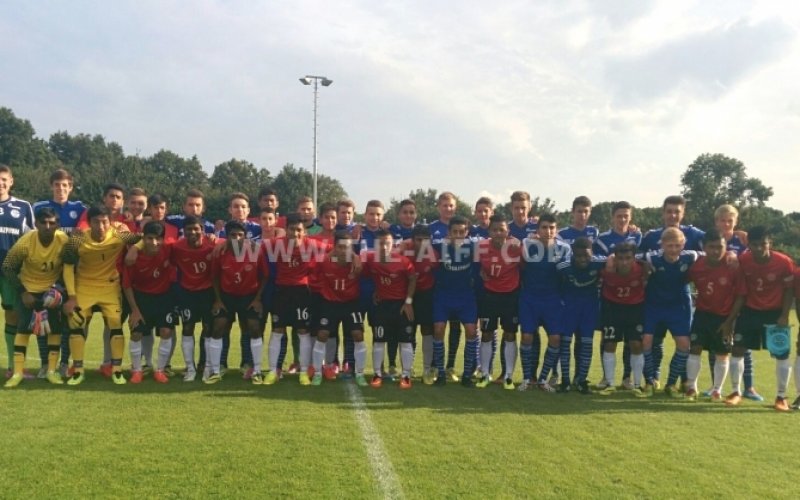 NEW DELHI: The Holland touring All India Football Federation U-16 Regional Academy Boys had an experience of a lifetime when they took on FC Schalke 04 U-16 counterparts in a friendly match in Gelsenkirchen on Wednesday night (August 13, 2014).

The match ended 1-0 in favour of the hosts.

The Boys ventured out of Holland for the first time to rub shoulders with one of the best trained youth academy boys of Schalke known for producing World class footballers like current German footballer of the year Manuel Neuer, fellow World Cup winners Mesut Ozil and highly rated Schalke attacking midfielder Julian Draxler among the renowned club graduates.

It took the hosts 38 minutes to surge ahead but not without hassle as the Indian counterparts pressed them from the beginning. Anirudh Thapa – who has so far had a great tour – threaded a good looking pass to Nijwm Muchahary whose effort was parried away for a corner by the home goalkeeper.

The keeper was kept called into action some eight minutes later when Deependra Negi picked out Prosenjit inside the area with the latter’s low shot blocked well.

The boys in blue kept the Schalke defense on tenterhooks for most parts of the first half albeit one lapse of concentration which the Royal Blues capitalised to take the lead.

Five minutes to halftime, Jerry’s superbly taken free kick from the edge of the box was met by a leaping Nuruddin at the far post, but his header was tipped over by the home keeper at full stretch.

Change of ends saw not change of fortune for the visitors as they toiled hard but were shorn of that elusive goal.

The solitary goal defeat was a hard pill to swallow after the brave face put forward throughout the ninety minutes but the reigning U-16 SAFF Champions were lauded by the locals and Schalke coaches for their good football.