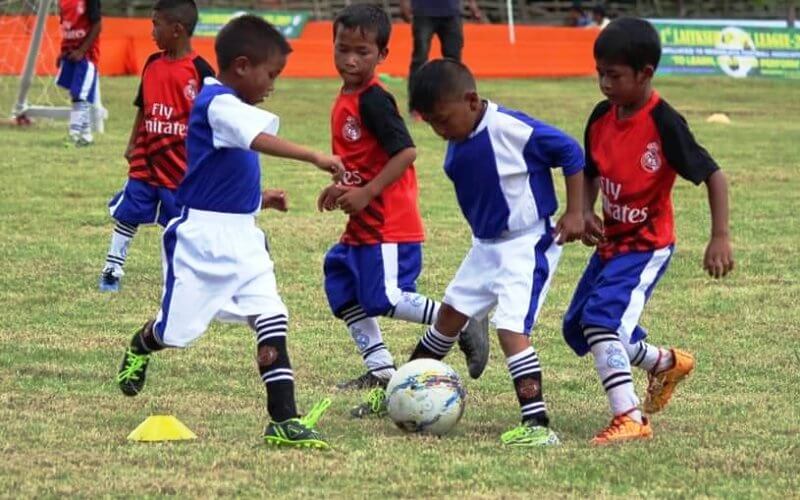 This memorable quote by English writer Terry Pratchett encapsulates the passion that can be evoked by the 'Beautiful Game' — an example of which can be seen in the West Khasi Hills in Meghalaya, where over 350 children came together to take part in the first edition of the Laitkseh Golden Baby League in the 2019-20 season while overcoming a number of hurdles, such as travelling long distances, that too in the hills.

"In the first Laitkseh Golden Baby League, we had stakeholders and clubs come from far away on each match-day. We had clubs from many localities and different children from different communities take part -- many of whom would get up at 6 am and travel up to 70km on match-day — even from the farthest parts of our district," League Operator Gilbert Jackson informed www.the-aiff.com.

"Unless they didn't have the passion and love for the game, no one would put in so much effort. That is the beauty of the game and the Golden Baby League. It is heartening to see that people are so concerned about the game and is a motivation for us to keep organizing such events," he added.

The Golden Baby Leagues project was launched in the year 2018 by the All India Football Federation (AIFF) for children aged between 6-12 years with the aim of providing access to football irrespective of gender, religion, economic background or ethnic origin and grow a new generation of boys and girls that start playing the sport from an early age – all in an effort to take Indian Football Forward Together.

Despite the logistical challenges of distance and travelling in hilly Laitkseh and its surrounding areas, the organizers recorded a perfect attendance rate across all age groups as the children made the football field “their home.”

"All the children were so excited about the league, especially since it is a nation-wide initiative. The ground is in a remote location but still, it makes them feel at home. Not even a single team from any age-group missed a single match-day. It was the first edition of our Golden Baby League and the rate of participation was perfect. It's amazing to see the response," Jackson averred.

While a number of participating teams were representing different clubs across the district, the organizers prioritized reaching out to a number of schools as well with the aim of including football in the routines of the young children.

"Our priority is on schools as well. At times it's not always easy for clubs and coaches to get children to the venue on time. Through the route of schools, it does not hamper their routine and regular classes as football becomes part and parcel of their extra-curricular activities. It's another way of thinking,” Jackson explained.

According to the League Operator, another advantage of organizing the Golden Baby League has been recognition from institutions across India and he mentioned how they are planning to have a separate league for girls as well in order to increase female participation.

"By having such a league of national importance, even renowned clubs and institutions are coming to Laitkseh. It is about the long run and the main objective is developing a love for the game at the grassroots level. With such initiatives, we can attract more clubs and catch the eye of renowned academies in Meghalaya and even India.

In the future, we plan to do a separate Golden Baby League for girls as well and move from the model of a mixed league as it will encourage more parents to send their daughters to play football," Jackson quipped.

Similar to various Golden Baby Leagues across India, the scope of development through the league ranges to issues beyond football and the organizers are positive that through the sport, they can change the mindset of people and provide hope of a brighter future.

"In our area, the main livelihood for people is agriculture and one cannot expect them to come and watch their children play on the field. Children from rural areas cannot play all day and need to contribute to chores too. But we have made a beginning.”