News
It’s a unique situation which needs to be dealt in a unique way: Sunando Dhar 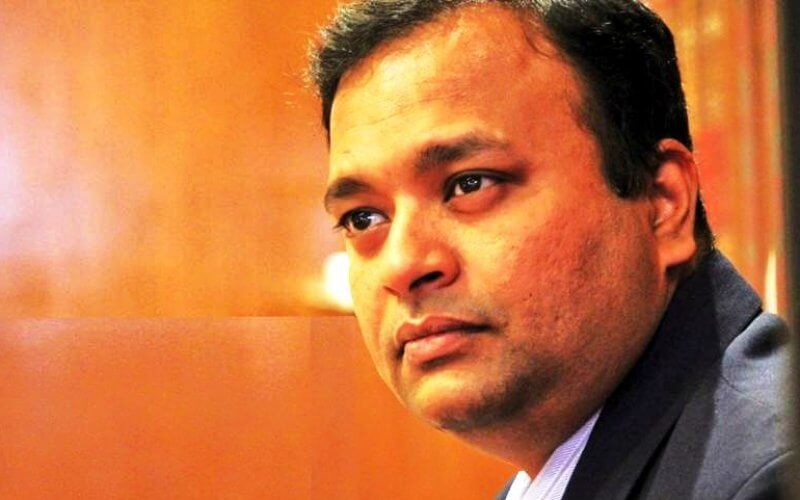 NEW DELHI: A day prior to sporting action resuming in India post the COVID pandemic situation with the Hero I-League Qualifier kicking-off tomorrow (October 8), Mr Sunando Dhar, CEO Leagues in a live chat with AIFF TV, elaborated on the bio-secure-bubble arrangements for the tournament, challenges of organising the first-ever sporting event in India post-COVID situation, reactions from the teams, Indian Football moving all forward together, and much more. EXCERPTS:

The Hero I-League Qualifier will be the first-ever sporting action in India post the COVID lockdown. In such a situation, how did you back yourself up to conduct the tournament?

It's a unique situation which needs to be dealt in a unique way. What we have gone through in the last 6-7 months, no one has gone through before and hopefully, we don’t come across it again.

As our motto "Indian Football. Forward Together" says -- we are trying to put in a conscious effort to move forward along with everyone else -- together. We are confident and happy and need to remember that AIFF is going to be the first sports federation to organise a sports event post-COVID situation in India.

When we planned to have these events, the Hero I-League qualifiers followed by Hero I-League and Hero ISL, we always kept the safety of the players ahead of everything else. We have drafted a detailed plan first, and are trying to execute that through constant learning. We would take these learnings into Hero I-League as that will be of a longer duration. We are learning every day about life within the bubble.

AFC Champions League was hosted in a centralised venue after the leagues resumed in Korea Republic and Qatar. Did All India Football Federation take any note from those events?

The Asian Football Confederation had organized a workshop where they invited people from Korea Republic and Qatar who they shared their experiences and the challenges they faced. That workshop allowed other countries to learn. There were also guidelines from FIFA which were also taught to all.

Moving ahead, we made a plan -- as detailed as possible to get things rolling. This has been a combined effort, trying to take the game forward with the help of a lot of people. I am happy that we have been able to do that and I hope we come out with flying colours and set an example for others to follow.

I have to thank IFA (Indian Football Association) -- our local association, and the West Bengal State government for their support and blessings.

The aim is to provide the players with a secure environment where the chances of getting infected are bare, bare minimum. We have put a few protocols & SOPs in place. Teams before checking in to the hotel have conducted a couple of RT-CPR tests and only players and officials with both negative results are allowed to enter the bubble environment.

In the hotel, there is a separate floor for players, separate elevators and dedicated pathways & halls where meals are being served. During the first four days, they were not allowed to come out of their rooms and meals are served there.

On the fourth day, another test was conducted by AIFF. After receiving the result on the next day, the players and officials with negative results are allowed to resume training and take part in the gym sessions. Meanwhile, tests are being conducted regularly on scheduled days.

Is it only that the teams are being tested?

The hotel staff who are getting in contact with the players are also being tested regularly by the AIFF. Dining room staff, check-in staff, bus drivers, helpers, everyone in the stadium including the ball boys, stretcher-bearers, official photographers are also being tested regularly. The organisation team which consists of the AIFF and IFA staff also come under this bracket and only who will be tested negative will be allowed to stay within the bubble.

Once someone tests positive, he/ she will be immediately quarantined on a separate floor in the hotel so that individual wouldn't come in close contact with anyone else. He/she will need to be confined there until the test results negative.

Can the individuals in the bubble meet their friends, relatives or others who are not part of the bubble?

Anyone who is part of the bubble can’t meet with anyone outside -- be it their family, friends or guests. Even if the club owners are not part of the bubble, they can't meet players at the hotel or the ground during match or practice session. They have to stay within the bubble to be around the players.

How are the logistical aspects being covered?

We have planned along with the hotel authority and have tried to cover every aspect as much as possible. Housekeeping staff have been briefed to clean the rooms when the players are not inside their room, probably when they are out for a training session or a gym session.

Is there security deployed on the floors where the teams have been housed?

Security has been deployed at the exit and entry points. They have the responsibility to restrict other guests from using those dedicated pathways, elevators while allowing our players and officials to maintain the bubble environment.

During the matches, no one who’s not part of the bubble will be allowed at the FOP (Field of Play). VIPs in the likes of team owners, IFA officials, and government officials might come to watch the matches. There will be a separate entry/ exit gate for them so they maintain a safe distance with the team throughout.

What are the main challenges in ensuring the bubble environment isn't affected?

One of the primary challenges is that players are being confined in a room for most of the duration apart from the training session, matches or medical reasons. It can have a psychological impact on them. But we need to understand that this is an extraordinary time and it requires extraordinary measures.

How has been feedback from the teams so far?

Wehavereceivedfantastic support from the teams so far. They have realised that AIFF is putting in a tremendous effort for the sake of the players' safety. Now, with everything that AIFF has put in place, I think teams and players are also enjoying and have taken up the challenge and it's been fantastic.

Football-wise, what are your expectations from the Hero I-League qualifier 2020?

There should be a very good competition -- because at the end of the tournament the prize is a coveted place in Hero I-League. The teams are looking forward and that’s why the competition should be good. Players are hungry to get the success and I hope all ten games will be keenly contested. Eventually, the best team will qualify for the Hero I-League. All the best to everyone!