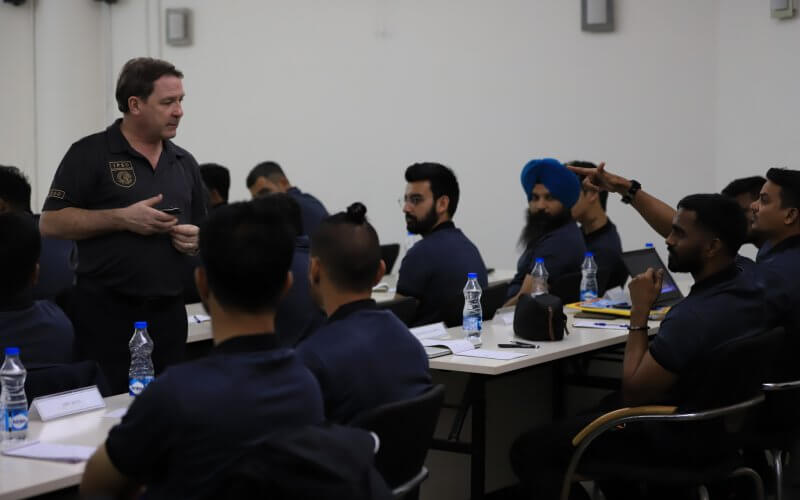 NEW DELHI: As many as 40 coaches and scouts, who attended a four-day Scouting Course arranged by the All India Football Federation (AIFF) and the International Professional Scouting Organisation (IPSO), benefited from the course, taking back a new perspective on the Beautiful Game.

The course took place at the Football House, in New Delhi, from Saturday March 7 to Tuesday March 10, during which the 40 attendees were put through theoretical, interactive, and practical sessions, with the latter entailing them attending AIFF’s Youth League games and making scouting reports on various players.

“I am very pleased that we have already started to kick-off the education of the scouts,” said AIFF Technical Director Isac Doru. “It is very important for India to create a specialist who understands the attributes of the players, with specifics to the age, the positions, and playing style.”

Former India fullback Nallappan Mohanraj, who was one of the 40 attendees of the course, believes that the Scouting course has helped him gain a better grasp of how to analyse players of different age categories.

“What you can expect from players of different age groups is not something I was well aware of. But, I am really thankful to AIFF for holding this course and raising our awareness as scouts of the game,” Mohanraj said to the-aiff.com.

“Anyone can spot a player and see whether he is playing well or not. But to figure out the strengths, weaknesses, and relay a proper report of the same to the coach, that is something that we have learnt in detail over the duration of this course,” he further surmised.

Another former National Team star who attended the course was Hardeep Saini, who is also the AIFF Development Officer for the state of Punjab. The former left-back feels that the scouting points that he has learnt in the duration of the course will help him improve the academy kids back in his state.

“Back in Punjab, most of the kids like to play with the ball, but there is not much work put in off the ball,” said Hardeep.

“I’ve been working with academy kids in the state, and I can tell you that I can now take these learnings from the scouting course and teach these to the boys back home as well,” he continued. “They may be scouting points, but they are very much applicable when it comes to the development of footballers. I’ve learnt some new perspectives here.”

Instructing the course was IPSO director Colin Chambers, who stressed on how a scouting course can aid coaches analysing a player in a better way.

“We’re finding out from different experienced people who are on our courses that it's actually a coaching as well as a scouting course. What it actually does is, if a coach can analyse a player faster at any aspect of the game, they can coach them quicker,” said Chambers.

Chambers, who was impressed with the batch of 40 attendees, did draw a line between scouting and coaching, that often, while scouting, a coach would be required to “take their coaching head off”.

“The insight I can give you about Indian Football is that I did find them quite knowledgeable,” he continued. “They have to take their coaching head off and put their scouting head on. A coach will follow the ball, a scout will follow the player, that’s the main difference.”