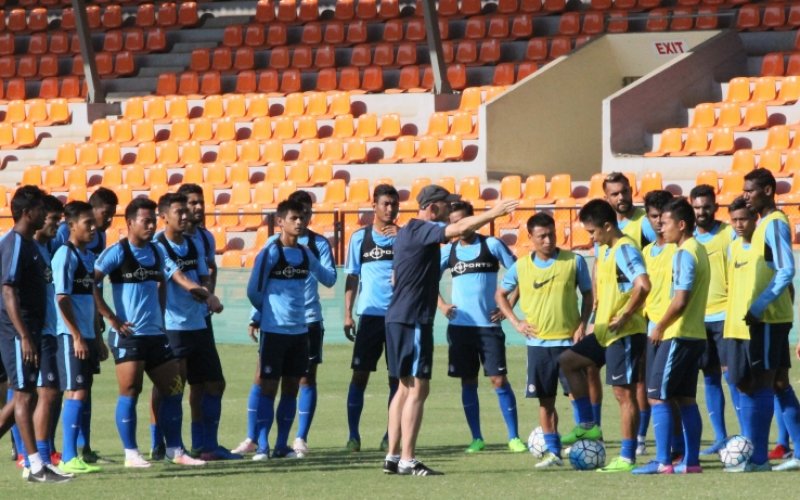 A spell of three minutes immediately after the interval settled the issue for Stephen Constantine’s boys, a match which witnessed two International debuts for India – Anas Edathodika and Milan Singh becoming the 512 and 513th player to represent India respectively.

The two substitutions at the interval -- Sandesh Jhingan and Jeje Lalpekhlua coming in for Arnab Mondal and Daniel Lalhlimpuia respectively, did the trick for India.

The duo made an instant impact, scoring the next two goals, and despite Cambodia desperately throwing men in attack during the later stage, India had sealed it by then.

Changing over, India made an instant impact as a one-two between Sunil Chhetri and Jeje Lelpekhlua found the former in the clear, but his rasping left-footer was fisted back by the rival Goalkeeper.

The very next minute, India earned a corner – Jeje’s shot being deflected over. The corner, however, went abegging.

Momentum gained, India went for the kill and the three-minute storm started thereafter. Jackichand Singh, running down the middle essayed it for Jeje, who evaded the rival defence and tapped it into the net to silence the 70,000 strong crowd.

Three minutes later, India scored their third goal – a deft flick from Jeje off a Eugeneson Lyngdoh corner was headed in mercilessly by Jhingan.

Earlier, in the first half, which was dominated mostly by the home team, India surged into the lead in the 35th minute. The rival Goalkeeper made a mess while leaping to gather a routine corner from Eugenson Lyngdoh and as the ball slipped in between his palms, Sunil Chhetri lurking around, gleefully tapped it in.

The lead, however, lasted barely a minute as the hosts pulled it back – striker Laboravy making use of the vacant space between the two central defenders.

The victory did come as a welcome relief for India who were playing their first match after mauling Puerto Rico in September 2016. But as the side gear up for the crucial match in the AFC Asian Cup UAE 2019 qualifier against Myanmar, Constantine will have to plug in a few areas in the next few days.