Competition
INDIA ARE THE MOST HARD-WORKING TEAM IN THE ASIAN CUP, FEELS SAVIO MEDEIRA 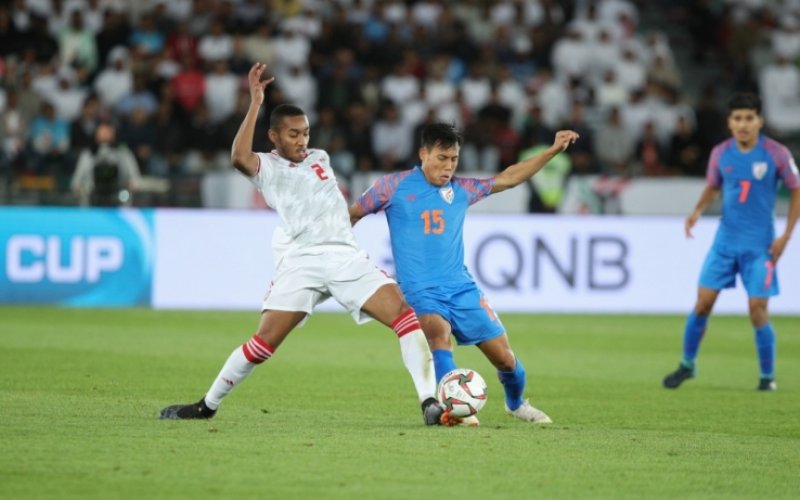 ABU DHABI: With India presently on 3 points from 2 matches in the ongoing AFC Asian Cup UAE 2019, AIFF Technical Director and former Indian National Team player and Coach Savio Medeira feels the “Blue Tigers are the most hard-working team in the tournament.”

“We may be a bit weaker than other teams in terms of technique. But the sheer effort these players put in, I don’t think any other team works that hard,” said Medeira. “It’s visible the players have been running their socks off on the pitch.”

“India have been playing positive football. Not just in these two matches (in the AFC Asian Cup), but also in the friendlies against China, Jordan and Oman. Although it was a loss yesterday (January 10) against UAE, the encouraging sign was that they created so many chances,” he further added.

“We need to be a bit sharper and more focused inside the box, and put away the chances which we get.”

India are the second youngest team in the tournament after Vietnam, and youngsters like Anirudh Thapa and Ashique Kuruniyan have impressed one and all with their performances. Medeira praised the development that the two youngsters have been going through.

“We have kept a track of both Thapa and Ashique for a couple of years. I think that both of them are good prospects for India. I hope they can keep their head on their shoulders and keep playing for both club and country for a long time,” expressed Medeira.

“It’s only with the encouragement of the seniors that the juniors can march forward. So we can see the seniors are really trying to mould the youngsters. With so many foreign players coming in, I would say that the players’ confidence and awareness has grown, and they need to stay on top,” he expressed.

“Whether the performance is good or bad, the first thing that they ask is about the coach. In India’s case, the performances have mostly been good. So Constantine needs to be credited,” he quipped. “Credit also goes to the coaching staff who have been working tirelessly behind the scenes.”