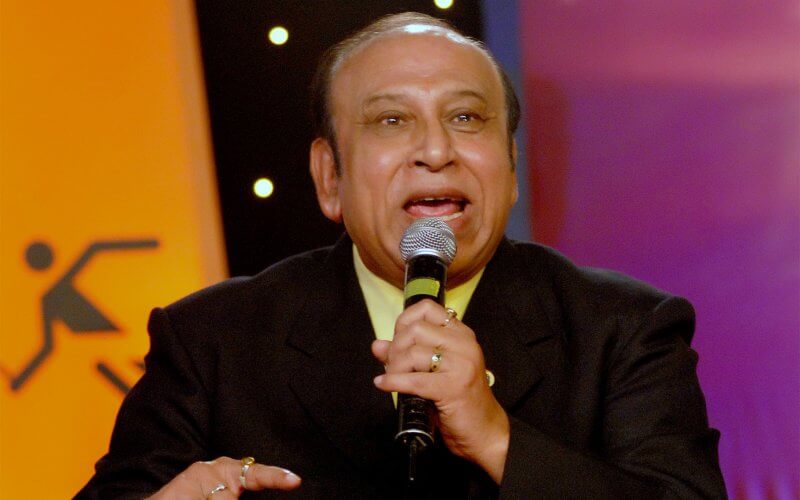 NEW DELHI: During his playing days Harjinder Singh was often described as the being the ‘most-crafty’ among all his contemporaries. And as the Indian football family mourns the loss of former National Team Captain, Coach and Technical Director the Padma Shri PK Banerjee, Harjinder said that Banerjee has “left leaving behind an unmatched legacy.”

"Mr Banerjee's death came as a big shock to me. I was instantly reminded of the wonderful memories we shared. All of it came flooding back to me -- the places we went to, the conversations we had, the things we achieved -- all of it was flashing before my eyes,” Harjinder stated. “He was a man of football and because of it both of us had a solid bond. His contribution to the sport is unmatched," he stated.

Harjinder represented India from 1974 to 1983, playing in two Asian Games (1978 & 1982) and numerous other International competitions. He was a part of the Indian side that won the Asian Youth Championships in 1974 and was subsequently named in the Asian All Stars team. He enjoyed a stellar career at club level as well, where he represented Leaders Club and JCT Mills in his native Punjab, and spent two successful years in Kolkata with East Bengal.

"Nowadays, coaches have a lot of exposure, but in our time, it was limited in comparison. I have trained under a number of excellent coaches in my career but PK Banerjee was the best I have played under. The knowledge of football he had and the manner way he spoke made him stand out.”

“Honestly, I have never seen anything like it. When he used to speak, it was so powerful and everyone used to be all ears," Harjinder, currently working as Head Coach at the Chandigarh Football Academy opined.

Harjinder moved to East Bengal in 1979 after a number of years in Punjab. But unfortunately, his start marred by injury troubles. However, it was Banerjee's assured presence that allowed him to adjust quickly to life in Bengal and the pressure that came with it.

"When I went to Calcutta, I started having a few injury problems. I remember each and every scene of how worried Mr Banerjee was because of my injury and how he used to follow up on my check-ups and status daily. He used to say 'Mujhe Harjinder fit chahiye hi chahiye' (I want Harjinder to get fit quickly). He made sure personally that I was taken care of well and made me feel valued," he mentioned.

"There is intense pressure on the coaches in Bengal and the rivalry between the clubs is just zabardast. With a new signing and key player injured, any coach can come under pressure. However, Mr Banerjee remained composed and stood by me."

A big part of Banerjee's legacy as a legendary coach was his man-management skills, and Harjinder shared his experience of the same, stating that he 'gave each player his due' and knew how to bring the best out of each player.

He shared a delightful anecdote that shows why Banerjee was admired by one and all, and how he made his charges feel valued. "Mr Banerjee's family was attached to football and often he would invite us to his home for dinner. I remember this one incident vividly -- I had just come from Punjab and was not able to eat the fish curry because of the bones.”

"Seeing my plight, he caringly asked his wife to separate the bones just for me. He said to me: 'Tujhe maine ghar bulaya aur tune fish hi nahi khayi toh kya faayda hua' (I invited you home and if you don't eat the fish, it is pointless). It was quite amazing and showed that he genuinely cared for people," Harjinder reminisced with a smile.

Banerjee took over the reins as India coach in 1981 for the Merdeka Cup, where India reached the semis after defeating the UAE and Indonesia, before bowing out after a narrow defeat to Brazilian side Sao Paulo XI. For Harjinder, the tournament was the 'best time' of his career as he was adjudged as the competition's best midfielder and scored a memorable brace in a 2-2 draw against hosts Malaysia.

“The period of one to one-and-a-half years with him was the best time of my playing career. It was special. I remember he used to give my example to the younger players in the team and it really motivated me."

The two remained in touch over the years and Harjinder recollected how they used to meet whenever he went to Kolkata.

"He would ask me how I was doing and how my work was going on. We talked about the old days -- Merdeka Cup and Asian Games, and how the game has changed over the years. His memory was very sharp and he could talk about football all day. Football was in his blood!" he said.