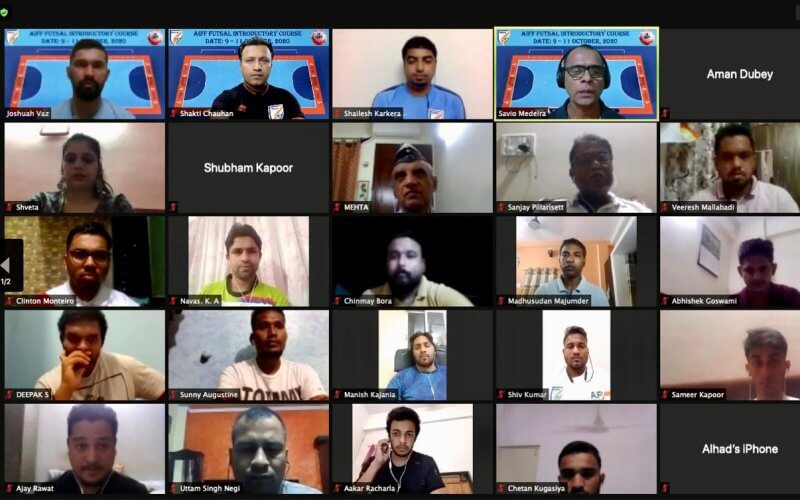 NEW DELHI: All India Football Federation (AIFF) has organized the first-ever Online Futsal Introductory Certificate Course, which kicked off on Friday (October 9, 2020) and will conclude after two-and-a-half days on Sunday (October 11, 2020).

30 candidates are taking part in the inaugural course, which will be considered a prerequisite for the AFC Futsal Level 1 Course. The Instructors for the course are Joshua Stan Vaz along with Shailesh Karkera.

AIFF Head of Coach Education Savio Medeira said that this course will play a 'big role' in getting coaches ready for futsal.

He said: "The federation has been putting a lot of focus on futsal and even though the pandemic has created challenges, the vision remains intact. This online course will play a big role in preparing coaches for futsal and keep their interest as Indian football moves forward together."

"Similar to scouting, there is now a specialized pathway for futsal, which means that anyone can be a part of the Introductory Course and move directly to the Futsal Level 1. Earlier, there were pre-requisites of C-certificate and D-Certificate but since futsal is highly specialized, they have been removed," Medeira continued.

The course was inaugurated by Lt. Col. BMR Mehta, Head of Administration, AIFF. He welcomed all 30 candidates, focusing on the fact that Futsal is in the nascent stage and would require coaches and technical people to take it forward.

Course Instructor Joshua Vaz averred, "I'm very happy to be a part of this initiative started by Savio-sir. This course will help bring knowledge to aspiring futsal coaches. They will gain knowledge of futsal, the small differences between football and futsal, and how futsal can help Indian players become better footballers.

"The response has been very positive from the participants and they are all very willing to learn. Over 200 applicants were there and I'm looking forward to the future courses and seeing all the coaches coming to the AFC Futsal Level 1 course."

The 30 participants in the course are as follows: