News
Draw against Qatar is an ‘evolution for Indian Football,’ states Anirudh Thapa 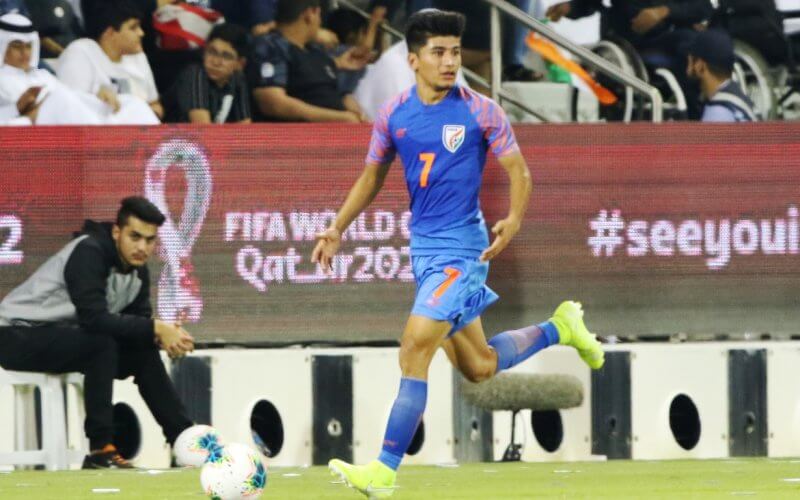 NEW DELHI: Talented midfielder Anirudh Thapa, one of the mainstays in the midfield of the Blue Tigers described India’s 0-0 draw against Asian Champions Qatar as an “evolution” for Indian football.

"After fifty years, this match might be labelled as the evolution of Indian Football when Indian Football was still developing. Stakes were high and no one expected much from us. Our performances were going unnoticed and uncovered. But holding the Asian champions at their backyard was a turnaround for Indian Football,” Thapa averred in a live chat on AIFF TV.

“The result sent shock waves in the stadium after the final whistle,” he further added.

"Qatari players were respectful, but honestly they didn't expect us to do something which we actually did. They were shocked,” Thapa maintained.

🗣️ @AnirudhThapa: "After 5️⃣0️⃣ years, this match might be labelled as the evolution of #IndianFootball when Indian Football was still developing 📈. But holding @afcasiancup champions 🏆 at their backyard was a turnaround for Indian Football 🤩"#BackTheBlue 💙 #BlueTigers 🐯 pic.twitter.com/D44pncrGxV

“They gave everything on the field. They tried their level-best to breach our defence but couldn't," Thapa explained. "No other team was able to do what we did at their home ground. We didn't commit any mistake and give them a chance to hurt (us). It was a memorable night for all of us."

“No Asian team have defeated or drawn against them and obviously they went to play the Copa America to play against teams such as Argentina, Colombia and Paraguay. We had a very good result and it was a very memorable day.”

"Xavi (Hernandez) had come to watch the match and he was shocked too. His reaction was pretty much similar to the Qatari players," the ex-AIFF Academy cadet recalled. “We gave our all into that performance -- defending, passing -- everything was on point.”

Qatar are currently the Asian Champions when they beat Japan 3-1 in the final of AFC Asian Cup UAE 2019 to lift their maiden continental championship in February 2019.

India had gone into the match without their talismanic and inspirational captain Sunil Chhetri who was ruled out owing to illness.

“When we were standing in the tunnel, we were very positive and confident. We knew it would be a tough game but that’s what helped us to be mentally prepared for the game,” he recollected.

“We missed Sunil-bhai during the match. He’s a true leader up front, and everybody knows what he’s all about,” Thapa stated. “He was waiting for us at the team hotel, and went mad seeing us back. He was behaving like a kid. At the airport the next morning, he treated us for lunch.”