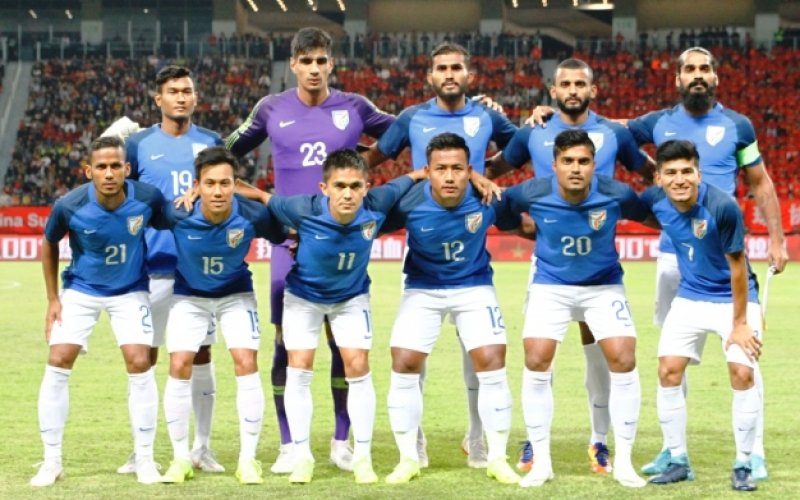 NEW DELHI: National Team coach Stephen Constantine announced a list of 34 probables for the preparatory camp for the AFC Asian Cup UAE 2019. All the players will be reporting to the Camp in Delhi from December 16 onwards, with a squad of 28 members flying to Abu Dhabi for the final phase of preparation on December 20.

The last date for registration of the list of 23 players for the Continental Championship is slated for December 26.

As part of their preparation, the Blue Tigers are slated to play an International Friendly against Oman in Abu Dhabi on December 27, 2018. They then move on to challenge Thailand in their first match in the Asian Cup at the Al Nahyan Stadium in Abu Dhabi on January 6, 2019.

India next play UAE and Bahrain in their next two fixtures on January 10 and 14 respectively.

"It is a major Championship and I am sure all the lads are wanting to be there in the final list,” Constantine stated.

Referring to him naming 18 U-23 players in the list of probables, the Coach added: “The experience of playing in the Asian Cup will help the youngsters mature into better players. All of them have earned the right to be in the camp. I wish them luck.”

With six central midfielders having been named for the camp, Constantine felt “it’s about the players who are ready, fit and can do the best job for us."

"We'll need four players going into such a major tournament. We have an International Friendly in Abu Dhabi before the Asian Cup kicks-off. When you prepare for such an intense competition, there’s always the risk of someone getting injured,” he maintained.

This will be India’s fourth appearance in the AFC Asian Cup, the last being in Doha in 2011. India had finished runners-up to Israel in 1964, with their second qualification happening in 1984.