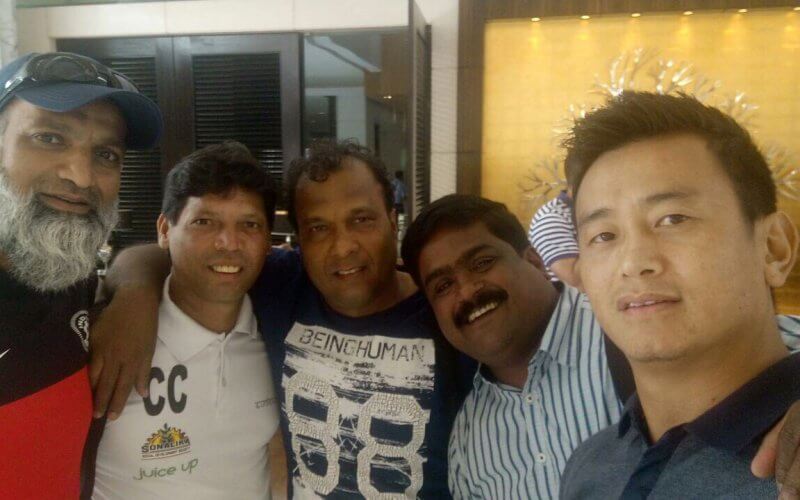 The former midfielder used to operate in the centre of the park for the Blue Tigers in the late 1990s and the early 2000s and had even donned the captain’s armband, leading icons like IM Vijayan and Bhaichung Bhutia on the pitch.

“He was like a younger brother to me. We were practically family. This is not an easy loss to take,” Chapman’s former teammate IM Vijayan, who had played with the former midfielder for both club (JCT) and India, said to the-aiff.com. “He was a really nice person, both on and off the pitch. Generally, things do get heated at times when you are on the pitch as a footballer, but I do not remember him ever getting angry at anyone.”

Bruno Coutinho, under whose captaincy Chapman had donned the blue jersey for the National Team, felt that Indian football has not only lost one of its great former players, but also a quality coach.

“I was shocked to hear such sad news early in the morning when I got a message of his passing away from a mutual friend. This is indeed a great loss for us all. He had been coaching for a long time after he was done with his playing career, and was bringing through some talented players,” said Coutinho.

The former India captain went on to describe Chapman as a dear friend, one who always played the game with a "wide smile on his face".

“As a player, he was always happy-go-lucky, but he also worked hard whenever he was on the pitch. But, he always had a smile on his face,” he continued.

Coutinho remembered a difficult time when the late Chapman had given him a lot of moral support.

“I once received a bad injury and I was stretchered off the field. Later on, I was admitted to a hospital for some time as they treated me. One man who used to come and visit me every day was Carlton. He was a very good friend,” stated Coutinho.

Former India striker Dipendu Biswas, who was a cadet with Chapman at the Tata Football Academy back, revealed how the midfielder had guided him in their earlier years.

“Carlton-da was such a nice person. He was a year or two senior to us but he used to take care of us and guide us in various matters. I remember he would even take us out for dinner on the weekends, back when we were at the Academy,” said Biswas.

The ex-striker has a rather special memory with his fellow TFA cadet – his first goal in a Kolkata Derby.“I remember we were both in East Bengal at that time and I managed to score my first ever goal in a Kolkata Derby. The cross had in fact come from Carlton-da. I can’t even begin to tell you how special that moment was for me,” Biswas reflected.

“I still have that picture with him in my room. That first derby goal is always special, and I am happy to have shared that moment with Carlton-da.”