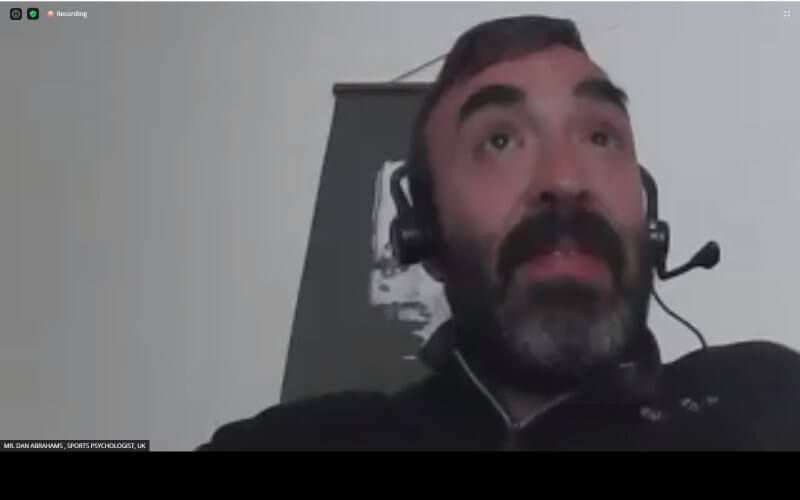 NEW DELHI: Mr. Dan Abrahams, an eminent sports psychologist based in the UK, stressed on the importance of 'game face' to get better with time while addressing Indian coaches at an online coaching conference organized by the AIFF.

"If you ask players what they want to achieve, 99% of them can't answer preciously. That's why you need to implement the game face. It's simple but has a major impact on the performance. You need to strive to be your game face nonstop. If you miss, try again. The practice can be introduced for 12-13 yr olds," Abrahams informed.

He added: "We should allow the players to fail. Earlier, we used to be tough on performance whereas tolerant on mindset. We need to be exactly opposite. People make mistakes, but we need to learn from our mistakes and try to be perfect the next time."

He further analysed that often players fail in matches because they stretch themselves too much and stress themselves with 'negativity', which is where the coach has a pivotal role to play.

"Our brain and nervous system love to work with negativities. We tend to be extra conscious and anxious. In spite of working hard in training, we tend to fail in a match. We should switch to a mastery-oriented approach from the outcome-oriented approach. We should focus on responsibilities and specific tasks, rather than results," Abrahams suggested.

A former pro golfer and sports psychologist by profession, Dan Abrahams is a renowned figure in the sports world, especially football. He works with eminent English Premier League clubs such as Chelsea, Manchester United, West Ham United and many more. He has authored a few books on sports psychology as well.

"Ryan Fraser, while representing AFC Bournemouth, used to put himself under tremendous pressure. Then we started working together and suggested him to feel like playing with friends. Eventually, he finished second on assists behind Eden Hazard. We must hold the players responsible to be their game face," Abrahams elaborated.

"PIE i.e. Psychologically Informed Environment is very much important for the development of a player. Participation, progression and performance are the three pillars of sports psychology. We have to be very careful while nurturing those talents."

"Developing relationships among players, between players and coach is of paramount importance. The cohesion and the way of dealing with different individuals are key aspects of success," he maintained.