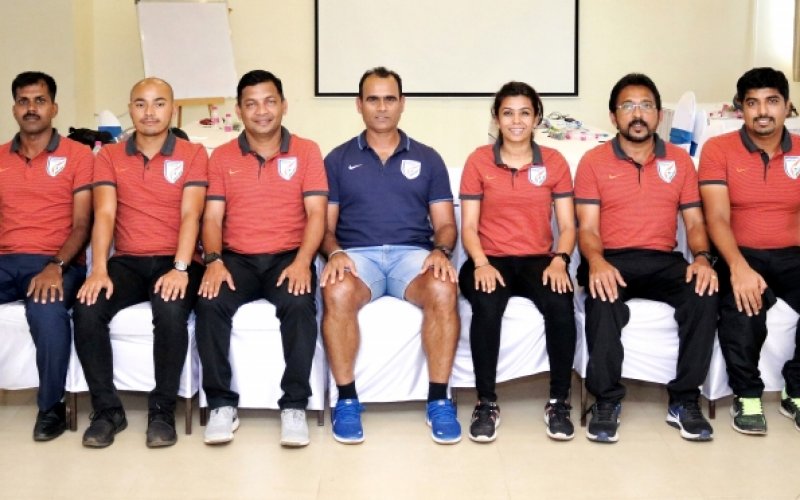 The course, which was previously based on FIFA’s Grassroots Philosophy and later amended to include AFC’s Redefined Grassroots Philosophy, served as a stepping-stone into youth football coaching. After five years of successfully running the Grassroots programs and Grassroots Leaders Course across the length and breadth of the country, the year 2019 promises some exciting new developments brought forth by the All India Football Federation for Grassroots Football in India.

“We called upon some of the brightest and most experienced Instructors to make up the Grassroots Content Review Team. In the two workshops that were conducted, we must have come up with over a hundred different suggestions but the key was to latch on to the ones that were relevant to the current demands of the modern day game.”, Savio said.

What followed were long hours of brain storming with plenty of discussions, debates, presentations and notes which eventually resulted in a completely revamped content structure. For starters, the course has now been changed from a three-day to a four-day course with the practical sessions being doubly increased.

To take it forward and to meet the demand for the courses, the AIFF in association with Reliance Foundation will conduct two Instructor Courses in Mumbai – a Refresher Course for Existing Instructors on the December 23 and 24 followed by a Course for New Instructors from December 26-30, 2018 The course is organized by AIFC and both courses would be conducted by Ms. Anju Turambekar.

To manage the task of monitoring of courses in the next year, the AIFF has set up a Core Team of Lead Instructors who will assist Ms. Anju comprising of Bijish Ben (Kerala), Dinesh Nair (Maharashtra) Shailesh Karkera (Tamilnadu)Deepak CM (Kerala), Arki Norgrum (Meghalaya), Shekhar Kerkar (Goa)