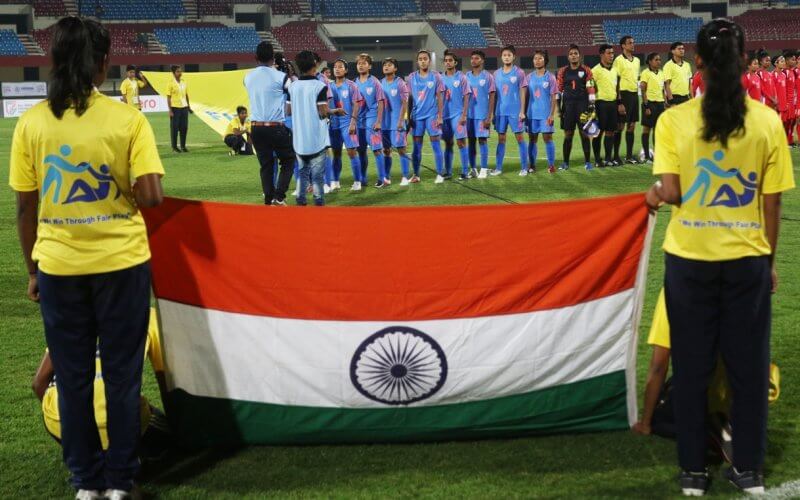 In a recent chat with AIFF TV, Aditi said: “When I first started playing for the National Team, it was majorly dominated by players from Manipur. But it has become more of a diverse team now.”

“The team has a lot of characters – a pan Indian representation which helps unify the team.”

. 🗣️ @aditichauhan_official: "Unity in diversity is our core strength 💪🏻 – the secret of our bonding. We are all together 🤝 in the team with one mission – to represent the country 🇮🇳. That is what defines us." . #BackTheBlue 💙 #ShePower 👧🏻 #IndianFootball ⚽

"The unity in diversity is our core strength – the secret of our bonding. We are all together in the team with one mission – to represent the country. That is what defines us,” she stated. “We get to interact with lots of characters from whom we get to learn so much. Everyone has a different story to tell -- their journey, struggle, conditions at home, and much more.”

Aditi also made a mention about how women’s football has adopted a more pan Indian approach pushing the quality Manipuri players for a slot in the squad. “The competition for places in the team has grown – everyone is pushing each other. No one is comfortable as there are new kids coming from all over and securing slots in the squad. That's how the team has grown, and the results have come out so well.”

“Bala is a gem of a player and her move to Rangers is amazing,” Aditi stressed. “The standard of play, the culture is so different. It’s a total professional set-up in Europe. The experience which she will gain will benefit not just her, but Indian Football in general,” she explained. “Whenever she comes back to play for the National Team, we’d eagerly wait to hear about her experiences. I am sure she'll love to share all of that – especially with the U-17 girls. Her knowledge will matter a lot shaping the career of younger girls,” she opined.

“There’s so much potential in India,” Aditi informed. “I want more girls to get such exposures, and learn from playing against better opponents. With more avenues for younger girls coming up, I am sure there will be others who will follow in Bala’s footsteps.”

Women Football Bala Devi's move to Rangers will have a huge impac...