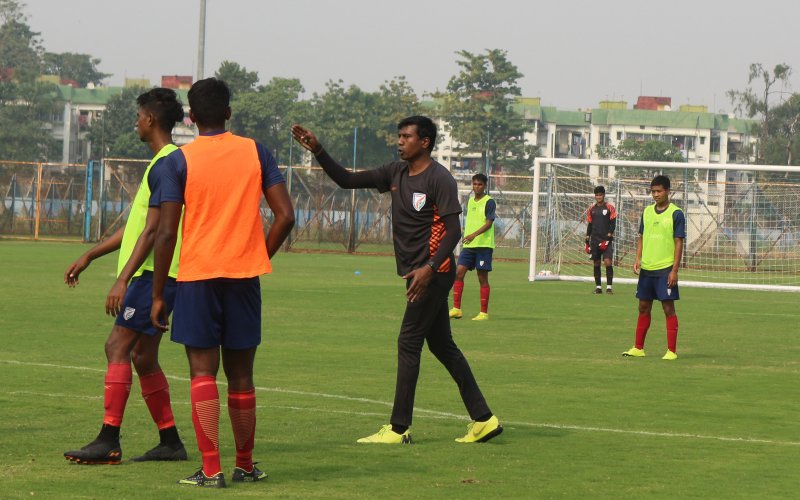 KOLKATA: With the 2020-21 Hero I-League season set to kick off on January 9, Indian Arrows head coach Venkatesh Shanmugam outlined the team’s intent to build a cohesive unit in order to prepare the new batch of Arrows boys for international football.

The Indian Arrows, which is AIFF’s developmental side participating in senior domestic tournaments like the Hero I-League, trained at a brief camp in Bhubaneswar with vital support from the Government of Odisha, and are now preparing for the upcoming Hero I-League, with an eye on the future international calendar.

“It is the vision of the AIFF to prepare this batch of boys for the 2022 AFC U-19 Qualifiers. For the boys at this stage of their footballing careers, it is a great opportunity for them to play football at a senior level,” head coach Venkatesh said in the virtual media interaction on December 22, 2020 (Tuesday).

He added, "I would like to thank the Government of Odisha for providing their continuous support and opening up their facilities for the team to train at a challenging time. They really helped us shape up for the Hero I-League."

The new batch of Indian Arrows got their first taste of life in senior football when they participated in the IFA Shield earlier this month. Coach Venkatesh believes that this experience will help the boys ahead of the Hero I-League.

“We are thankful for the opportunity to play in the IFA Shield. Playing against senior teams with foreign players certainly helped prepare the boys for what is to come once the Hero I-League gets underway,” Venkatesh stated. “The results may not have been in our favour, but they were close matches, and the boys have learnt a lot.”

Arrows forward Vanlalruatfela, who was also present at the press conference, stated that for most of the boys, it was a new experience and one that will be critical for their development.

“Most of the boys have not played against teams at the senior level, so it was a unique experience for us all, playing in the senior professional level,” he said. “Getting game time at this level against such quality teams is crucial for us to develop as good footballers in the future.”

While Vanlalruatfela stated that he idolises a former Arrows cadet – Jeje Lalpekhlua – his gaffer went on to state that the new batch has big shoes to fill, and can take inspiration from a number of ex-Arrows players.

“Over the years, we have had players like Jeje, Pritam Kotal, Gurpreet (Singh Sandhu), Amarjit (Singh), Narender (Gahlot), and many others come through the Arrows side to make a mark in the senior national team,” said Venkatesh. “That is the ultimate motivation for these boys.”