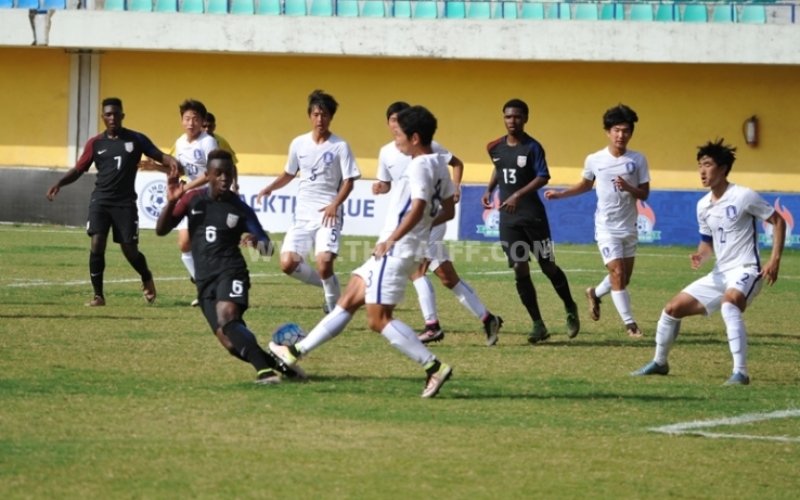 VASCO (GOA): United States of America and Korea Republic played a goalless draw in a crucial match of the AIFF Youth Cup at the Tilak Maidan on Saturday (May 21). Courtesy the result, both Teams moved to 5 points having played three matches each.

The match was confined to the midfield and both Teams did have their chances but were unable to break the deadlock. USA next play Malaysia on May 23 while Korea Republic play India on the same day.

Malaysia hold Tanzania: In another match, a ten-men Malaysia came back from two goals down to hold Tanzania 2-2. After Asad Ali Juma opened the scoring in the 31st minute, Yohana Oscar dubled the lead for Tanzania in the 59th minute.

But Malaysia pulled it back with Captain Arif Shaqirin and Najmi Idham scoring one apiece in the 63rd and 68th minute respectively. Malayia were reduced to 10-men in the 49th minute after Arhamkhussy Wahab was given marching orders in the 49th minute.

Tanzania thus finished their engagements on 6 points from 4 matches while Malaysia stay on 2 points from three matches.