News
To play abroad, you have to start from scratch, asserts Gurpreet Sandhu 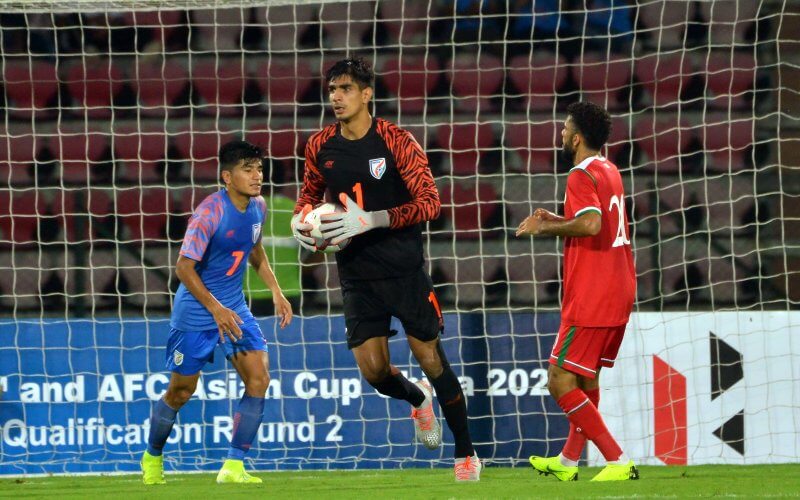 NEW DELHI: In a candid chat with AIFF TV, Blue Tigers goalkeeper Gurpreet Singh Sandhu who spent three years with Norwegian top-division club Stabaek Fotball from 2014-17, explained how a player has to “start from scratch” to rise up the ranks at a club abroad.

“There are a lot of sacrifices which one needs to make to achieve the desired results,” the 197 cm tall goalkeeper averred.

"I don't want to sugarcoat things. Some people think that playing in a foreign country is about having a lavish lifestyle, big house, good car. It's not that at all. You have to start from scratch. You have to prove that you are good enough to be on the bench and then in the starting XI. And that’s at a smaller club in a smaller league -- unless you're a Messi or a Ronaldo," the 28-year-old custodian explained.

"But for guys like me -- you have to be mentally strong to stay there and work. Many people don’t know the reality. If you want to do well, you need to acclimatize to those conditions. Many younger players may not want to make the required sacrifices as they are comfortable in India,” he quipped.

. 🗣️ @gkgurpreet: People think playing abroad is all about having good money 💰, a big house 🏡, and good cars 🚗 . But it's not about that. You start from scratch 🙌 . #BackTheBlue 💙 #BlueTigers 🐯 #IndianFootball ⚽

In previous episodes of AIFF TV, icons of Indian football such as Bhaichung Bhutia, Shanmugam Venkatesh, Subrata Paul spoke about the value addition that playing abroad brings and how Gurpreet was a "transformed" player once he returned from his stint in Norway.

Reflecting on that time, Gurpreet detailed how he progressed during that period -- both as a player and from a mental aspect.

"I think it made me better by leaps and bounds as a player and in terms of mentality. It made me independent. The exposure didn’t only help me as a player. Obviously it made me a better player for sure, but the experience what it does is -- it makes you tougher. It makes you a person who can deal with every kind of situation," opined Gurpreet, who received the Arjuna Award last year.

"Currently, young players don't get tough situations. You are not put in an isolated place where there is no other Indian in the whole league, you don't know the local language and the food is different -- stuff that you are not used to. Making the transition through this helped me gain that mental strength."

The Chandigarh lad, who has captained India in seven International matches so far, was quizzed about whether he would be open to leaving Indian shores again to play for a club and he responded in the affirmative.

"Of course. If everything goes well and there is a chance where I can do well, I can play, contribute and do something for Indian football, then why not! Playing abroad is something that I encourage everyone to do, especially the youngsters because they have the talent and the time, which is most important."

Gurpreet scripted history in 2016 -- becoming the first Indian to play in the UEFA Europa League as he turned out for Stabaek against Welsh side Connah's Quay Nomads. Half an hour into the match, he suffered an injury and had to be replaced but according to Gurpreet, he could not stop smiling for a whole day after the game.

"I played 30 minutes of the game. I broke my hand and came off. However, I still had a smile on my face. Next day, I was still smiling. I had played in the Europa League which nobody in our country had done. For a player like me to get such an opportunity, I was over the moon. It taught me that if things are done correctly and you are driven to achieve something, everything is possible," he declared.