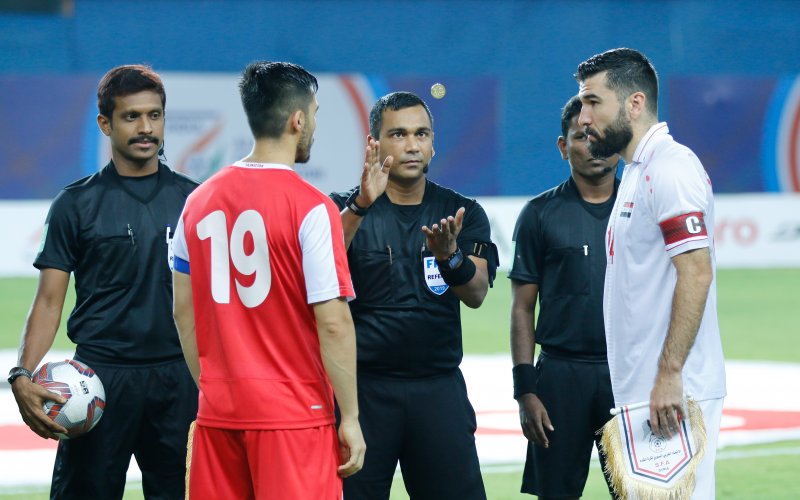 NEW DELHI: Football in the times of the COVID-19 pandemic has changed a lot in terms of how teams approach the game. The Hero I-League Qualifiers that was the first sporting event to be held in India after the lockdown, and the ongoing Hero Indian Super League have given the teams the chance to make five substitutions per game. There are four individuals out there on the field of play, however, who do not have the luxury of being substituted – the referees.

In recent times, referees in India have been taking their fitness extremely seriously, and to that extent, many of them have been training with personal trainers in order to keep themselves in shape – even during the lockdown.

“Players have substitutes, referees don’t. So, we have to take extra care to keep fit because if you do need to be substituted, you will most likely end up last in the pecking order in the panel,” FIFA Panel Referee Rowan A said in a chat with on AIFF TV. “It will be very difficult for you to come up again. So you have to be super fit and you need to sacrifice a lot.”

Rowan, who has officiated in many high-profile international matches, including a match at the Vivekananda Yuba Bharati Krirangan, Kolkata, in 2011, when Argentina faced off against Venezuela in a FIFA Friendly, went on to state that he himself trains under a professional athletics trainer.

“I have a personal trainer to help me with this aspect. He is a former international athlete, and now a Southern Railways Athletic Coach Mr. P Haridas. He takes care of my fitness and my training, and having him to gauge my progress has really helped me maintain my fitness,” said Rowan.

Tekcham Ranjita Devi, who is one of two Indian women referees in the FIFA Panel, trains with a FIFA instructor to keep herself fit. In fact, the five months of lockdown has helped her exponentially improve her fitness, as she took the decision to not take a single day of rest.

“After I started officiating in international football, I realised how important it is to be faster than the players themselves. Training with my instructor has improved my physical performance by around 30 per cent. The outdoor aspect of my training was more restricted during the Lockdown but I worked a lot on the injury-prevention aspect of my training,” stated Ranjita.

The female referee who has also officiated in men’s football matches on the state level back in Manipur, said that the months without football have given her the opportunity to work on her muscle mass, in order to increase her pace.

“My sprints are a lot faster now, and that is because we have been able to work on our muscle mass. I want to get better and faster, and this is the way to go,” she said.

Venkatesh R, who is another FIFA Panel Referee, believes that football, in general, has gotten a lot faster in the modern-day, which is why the referees also have to keep up with the times as Indian football moves forward together.

“As a referee, I need to ensure that I am close to the action, in order to make the best possible decision. To this respect, speed, agility, and the ability to change directions quickly help us do our jobs better,” said Venkatesh. “Especially on counter attacks, we need to move with the pace and be close to the action.”

Venkatesh, who has been training under the tutelage of the AFC Training Academy for the last three years, has also had a Personal Trainer for the same duration.“Previously, my movement was a lot more rigid, but on the advice of my personal trainer, I have increased the number of high-intensity training sessions, which have helped improve my strength, and subsequently my explosive running,” stated Venkatesh. “It took some time for me to get used to it, but the clear-cut training plan and recovery periods have really helped me out.”