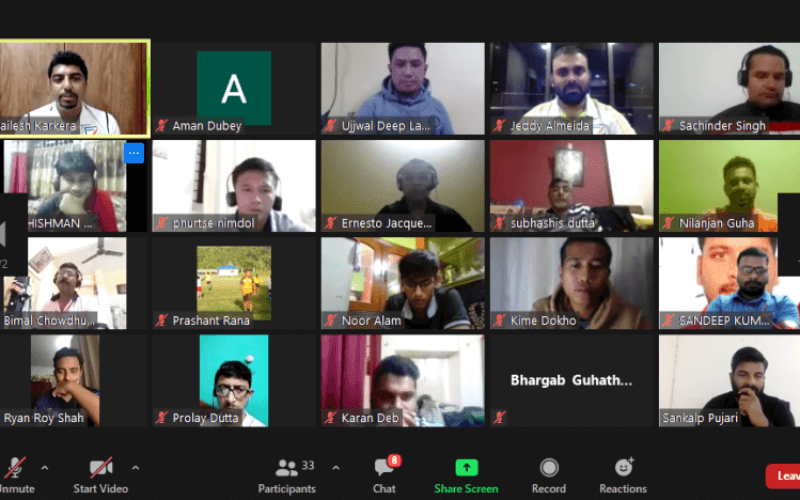 NEW DELHI: Three-day online Introductory Futsal Certificate course organised by the All India Football Federation have commenced on Friday (November 6, 2020). Sixty participants have enrolled for the course whereas Mr. Joshua Vaz and Mr. Shailesh Karkera are the instructors. Mr. Sunando Dhar, CEO, Leagues, in his opening address, mentioned that there is "huge potential" for futsal in India.

"There is huge potential for futsal in India. We had planned the maiden edition of futsal league at Shillong in 2020 but because of the COVID-19 pandemic, it could not see the daylight. Twelve clubs from Hero Indian Super League, Hero I-League and Hero Second Division had already submitted their nomination but unfortunately, we had to postpone the same," Mr. Dhar informed.

Moreover, he mentioned that futsal has already been introduced into the curriculum of Golden Baby Leagues in order to take Indian Football forward together.

"Our aim of organising Golden Baby Leagues is to grow the interest level amongst the children and make them comfortable with the ball. The purpose can be served through futsal where every player gets more involved in the game. We have introduced futsal for the six-year-olds and above so they hone their skill level from this age itself."

Vaz highlighted the Futsal coaching modules and the requirements to apply for the same.

"Futsal is all about skillset and more touches. All India Football Federation has a detailed plan to take Futsal to more people across the country and on behalf of AIFF, I wish the upcoming coaches all the luck. I feel they have joined the course at the tight time," Mr. Dhar added.

Sixty participants are as follows: