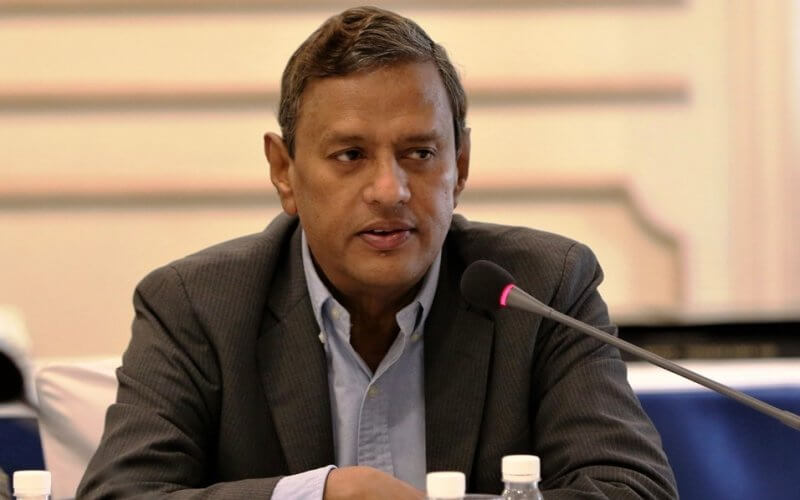 "AIFF has been fairly active since the pandemic situation broke out. We have continued to work together with the Sports Authority of India to have launched E-pathshala. This conference presents us with another opportunity to learn,” he averred.

The General Secretary referred to the increase in the number of licensed coaches in India in the last ten years. He also mentioned the importance of the “revalidation process” in order to ensure the development process runs seamlessly.

"We had 900-odd coaches in 2010 but now we have more than 11,000 licensed coaches. Football in India is increasing every day. The numbers of teams, tournaments have increased so we are in dire need of more coaches,” he stated.

“We need to provide them with the right platform in terms of employment opportunity. Only increasing the number won't suffice, a pathway is required. Besides coaching within India, if they are employed abroad, that'll be perfect,” he added.

"Coaches who complete the C, B and A-diploma course would get a certain validity period. After the said time they need to renew the license to continue coaching. In that sense, this conference is a very important element for them," Mr. Das explained.

Mr. Doru stated that development of coaches is a "continuous programme" and this conference is going to be a "very important step" for all stakeholders.

"The entire conference is divided into twelve sessions. We will try to discuss all aspects of the game and training including tactical intelligence and program. Then we will move to comparative analyses of different formations like 4-2-3-1 and 3-5-2. We'll also discuss the tactical formations of small-sided games."

Meanwhile, Mr. Tanna underlined the importance of “data” which has become a significant aspect of coaching in recent times.

"This virtual conference is a big step forward for coach education. In the last few years, football has changed a lot so has coaching. Coaching is a vast job. The training methodologies have changed. Coaches’ Refresher courses have helped eveyrone. Data is the first step. A coach's view can be backed by data. Scouting and talent identification are key areas which we need to develop as well,” he mentioned.

Mr. Das sighted the importance of the "mental strength" while referring to the upcoming tournaments which will be organised within a bio-secure bubble.

"After a prolonged gap, we're going to resume sporting action once again. The Hero I-League qualifiers will start on October 8 in Kolkata followed by Hero Indian Super League and Hero I-League in Goa and Kolkata respectively. All these tournaments will be organised within bio-secure bubbles and utmost precautions. Unfortunately, the number of COVID-19 cases is not going down and there are risks associated with organising such an event. But, we can't sit back and allow the pandemic to take over,” he said.

Thanking all the stakeholders, Mr. Medeira said: "On behalf of the All India Football Federation I would like to thank all the stakeholders including the state associations, coaches and others. I need to thank those reputed speakers who will share their knowledge on grassroots, women's football, coach education, media management, etc. I also need to thank Mr. Das for his continuous support as well as Mr. Chokey Nima, and others for their presence."

"Renowned coach Phil Brown and our National Team coach Igor Stimac will also share their experiences with us. I would urge all the coaches to come with an open mind for learning. Otherwise, the purpose of this conference won't be served. Hopefully, you will go back as a better coach after this three-day knowledge sharing programme."

News Acceptance of mental difficulties a big step for I...

Women Football We need to break the taboo, have comfortable conve...