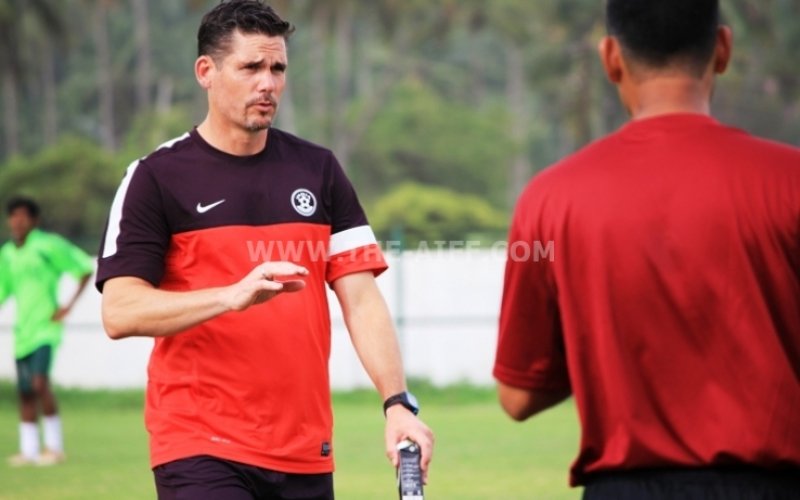 NEW DELHI: Nicolai Adam, India’s U-17 Head Coach for the 2017 FIFA U-17 World Cup scheduled to be held in 2017 in India is presently in Germany with his wards on an exposure tour. In the first of his two-part exclusive Interview with www.the-aiff.com. Adam speaks on his scouting process, help from the regional scouts, the demography of India, his experiences so far and much more.

The second part of the exclusive interview will be published tomorrow (September 11, 2015) on www.the-aiff.com

When did your Camp start?

We started our training on July 1. We right now have more than 50 boys under us and we have, hence, demarcated into two separate squads which we refer to as the ‘A’ and the ‘B’ squad.

There were two simultaneous assignments as one Group is presently in Germany from where they would move to Tabriz City for the AFC U-16 Qualifiers and to Spain thereafter.

The other group played in the SAFF U-16 Championship in Dhaka where they finished runners-up to hosts Bangladesh losing in the tie-breaker in the Final.

How much of value addition did your scouting effort help?

We have been able to find a few boys.  Unfortunately, in all the States I travelled to, we have to deal with the problem of age-cheating.

How much of a help were the regional scouts?

Without their help we won’t be able to find more talent.  I believe there are many other good Players or maybe better ones, whom we need to tap.

How did you come to know that the boys were overage?

The boys themselves confessed that they were overage and we did MRIs with them.

We need to give some time and see how they do. It could easily happen that some of the new boys scouted by us will be send away again if in the next couple of weeks they are not able to develop the manner we want them to. If we find better Players they would be drafted in. The door will always stay open both ways, in and out of the World Cup squad.

Will the scouting process continue?

In October we will try to travel again to find new Players. We haven’t been to some States as of yet and I feel the pre-selection in other States can be done better.  I reiterate if it’s done better we can find more talented players.

The demography of India – how much of a challenge was it?

It was good as much as it was bad.

The good side stays the potential of the Country. It’s huge and there are millions of kids in the age group which we are looking for.

At the same time, travelling isn’t easy in such a vast Country and there isn’t any Football infrastructure in many regions. Add to that the lack of Football education in most parts makes it that much difficult.

I was able to make an analysis of the State Associations and have a pretty clear picture on as to who is dedicated for the development of Football and who isn’t.

The Team is presently in Germany. What next for them?

It is part of the preparation for the AFC U-16 Qualifiers which are to be held in Tabriz City in Iran.

Furthermore, we will also be competing in Spain after the AFC Qualifiers to get more international experience for the team versus top-class teams.