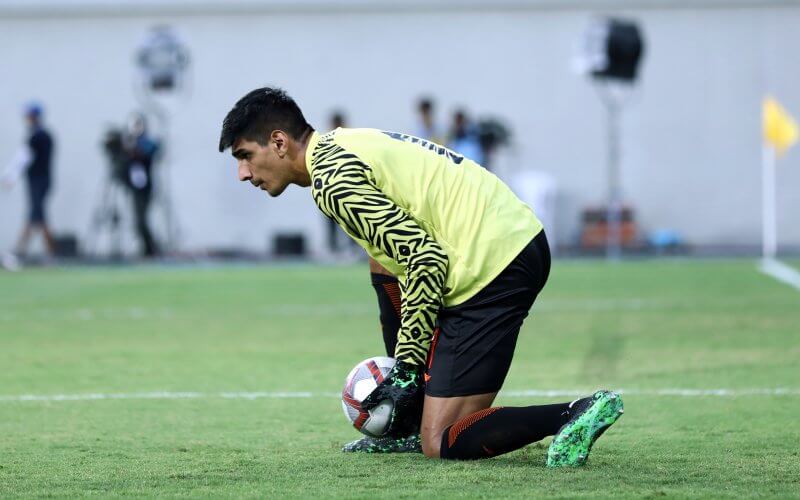 NEW DELHI: Iconic Indian goalkeeper ‘Spiderman’ Subrata Paul lauded fellow custodian Gurpreet Singh Sandhu as he went down memory lane looking back at their relationship saying that his younger colleague “has many glorious years in front of him.”

In a live chat with AIFF TV, Subrata congratulated Gurpreet for “winning the Arjuna Award and the Hero ISL Golden Glove.”

“I have seen the hard work he puts in. He has always been eager to learn and has always learnt from his mistakes, and has continued to grow. He is still young and has lot many years left in his playing career," quipped Subrata, who received the Arjuna Award himself in 2016.

"I hope he keeps his head down and continues the hard work. I wish him good luck for the future. May you win more Golden Gloves, Player of the Year awards and I hope you be the first goalkeeper to win the Padma Shri. When you win anything as a goalkeeper, I feel proud. I am very happy to see the younger generation do well,” the modest Subrata averred.

It was at the AFC Asian Cup 2011 that Gurpreet received his first Blue Tigers call-up -- the same tournament where Subrata Paul won hearts of football fans across the continent with his performances, that earned him the nickname of 'Spiderman.’

"He was my roommate in 2011. From day one his never-say-die attitude stood out for me. I saw that he was always trying to learn. He has his idols but he does things his own way and doesn't copy anyone, which I respect. We have a lot in common, in terms of mentality," Subrata said.

The goalkeeping duo both had stints with top-division European clubs, with Subrata signing for Danish club FC Vestsjaelland in 2014, and Gurpreet spending three seasons in Norway with Stabaek FC. The former revealed how they were in touch at the time and how Gurpreet “transformed” after his stint in the Norwegian top flight, where he also became the first Indian to play in the UEFA Europa League.

"When he was in Norway, I was in Denmark. He used to ask me about the atmosphere, climate, football culture, etc. I know how difficult it is -- when you are not getting matches, only training and playing reserve matches, with weather as cold as -10° or -12° C. However, he fought day-by-day in tough conditions,” Subrata quipped.

Referring to the changes in modern-day goalkeeping, Subrata stated: "In the late 90s when I started goalkeeping, we were mere shot-stoppers. Now, the primary job remains the same -- you still have to save goals but the only difference is that goalkeepers are now very good with feet. Distribution is a key factor.”"If you are a young goalkeeper I would advise you to train your basics such as catching and shot-stopping. You also have to develop your ability to play with your feet. If you want to play at the highest level, you have to be good with both your feet," he quipped.