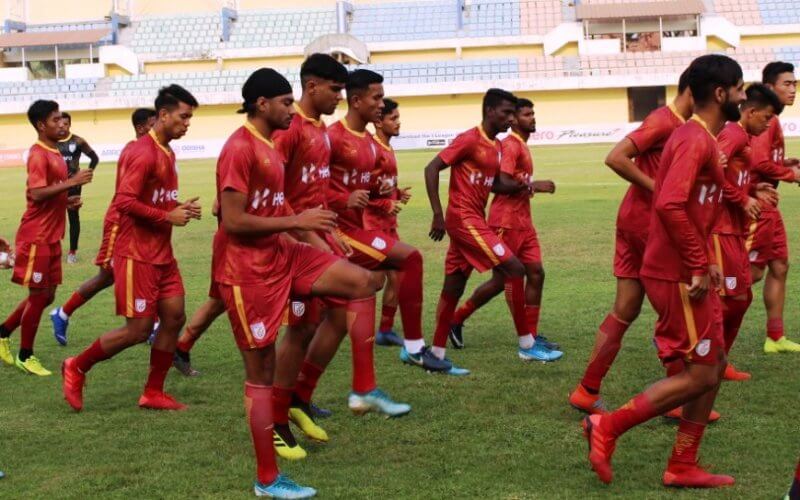 Goa, January 11, 2020: All India Football Federation’s (AIFF) developmental side Indian Arrows will host Tiddim Road Athletic Union (TRAU) FC at the Tilak Maidan in Goa on Sunday, January 12. The match is scheduled for a 5 pm kick-off and will be broadcast LIVE on DSport.

The Arrows, after six games, find themselves rooted to the bottom of the Hero I-League standings. However, the young Arrows have shown signs of incredible resilience, giving every team in Hero I-League a run for their money until the final whistle.

Despite falling short against Mohun Bagan in their previous game, Shanmugam Venkatesh, Head Coach, Indian Arrows reflected on the positives and said, “Mohun Bagan had a difficult time against us and it was not an easy outing at all. Our boys fought neck-to-neck until the final whistle and the experience will surely bear fruits for us in the upcoming matches.

Weighing in on their Sunday opponents, he added, “TRAU, in their last match, found the taste of victory and facing them now would be really challenging. They are improving constantly and we have to be at the top of our game to get some points.”

TRAU, on the other hand, lifted themselves off the foot of the Hero I-League standings following their historic and so far, maiden victory over cross-city rivals Neroca.

Another stat to be taken into account is that the Tiddim Road outfit have been unbeaten for three games now, with their last defeat dating back to almost a month ago, when they lost to Kolkata giants Quess East Bengal on 14th December last year.

Speaking ahead of the match, Dimitris Dimitriou, Head Coach, TRAU FC said, “My boys all are pumped up and it was a great win for us against Neroca. Now we have to start fresh and from scratch. We are looking forward to the game against Indian Arrows match and like any other fixture, this one is very important to us.”

Buoyed by their recent form, and under new leadership at the helm, TRAU can move two places up to seventh in the standings, if they can come away with three points but against coach Venkatesh’s young Arrows, it will always be a hard-fought affair.