News
Recuperating from ACL injury, Sandesh Jhingan works away on his first book 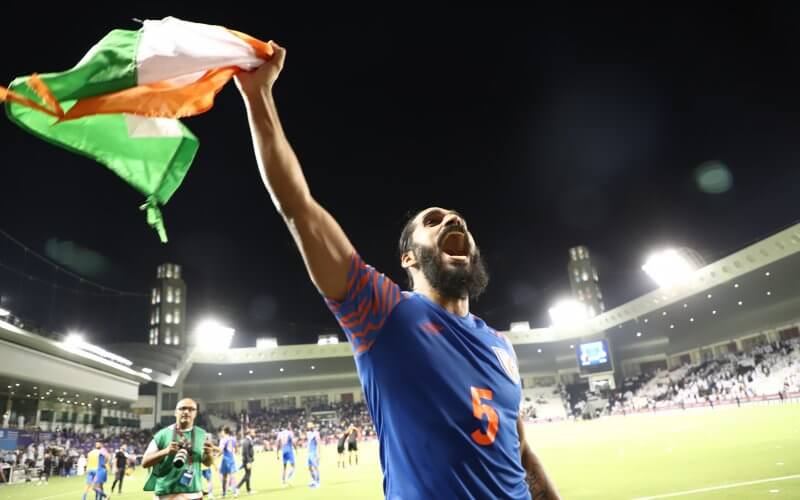 NEW DELHI: It’s been over three months that Sandesh Jhingan has been out of action owing to an ACL injury. “It’s better to come back stronger than sooner,” Jhingan states.

In an exclusive interview, we try to take a sneak-peek into the softer side of the “Ironman” and that’s where you get to discover his approach to life. Here’s him speaking at length about his rehab, people who are “mentally stronger,” a “rival club hosting a rival team player for rehab,” him writing his first book, and much more. EXCERPTS:

Do you have any specific resolutions in New year?

I don’t believe in New Year resolutions that much (laughs). But I am trying to make a concerted effort to spend more time with my parents, get them over to where I play. We owe everything to our parents.

And I am working on writing my first book.

(Smiles). It’s been in mind for quite some time. This time I have promised myself that I need to finish it off this year. It will be a collection of short stories. I have finished a couple of them and some more remain. I have also been writing poems for long, but they won’t be a part of this book.

What’s the update on your rehab?

The surgery under Dr. Anant Joshi went off well. I was operated in November 7, 2019, and the rehab kicked-off thereafter. To achieve milestones, you need to be patient. So far I am happy with the progress and need to work more on getting back my strength.

I need to make a special mention of Mumbai City FC for hosting me for a month in Mumbai after my surgery and providing me with all I needed. It’s quite unheard of that a rival Club hosts the rival team captain for the rehab. At times I felt their medical team paid more attention to me than their wards (smiles). I will stay eternally grateful to them forever.

And of course, Gigy-Sir (Gigy George) and Pratik (Kamble) have been constantly on my rehab.

Has this phase made you mentally stronger?

I have had a serious injury before as a 17-year-old when I broke my ankle, and was out of action for around a year. I strongly believe that the mental strength of a footballer is never tested to limits for his prowess on and off the field.

I have been to hospitals and have seen people fighting for their lives. To me, that’s mental toughness. I feel I am extremely lucky where I am going through a phase where everything is being taken care of. I have a job with a club. I am lucky. Not all are.

(Takes a deep breath). You look around and you will witness so many unfortunate kids lying paralysed. They are fighting. I salute their mental strength. You see people fighting for their lives in hospitals you understand how lucky we are.

Those are the people who are mentally stronger. There are people living on the roads, not sure whether they will ever get to eat their next meal. Yet they go on, and earn. That’s mental strength.

I am not sympathising with them at all. But that’s what real fight in life is all about. There are people who have been infected with deadly diseases, yet their will to survive for their families keeps them going. In sports, you are never tested to such limits.

When can your fans expect you to get back into action?

(Smiles again) If I had a choice, it would have been tomorrow itself. But I know it’s better to come back stronger than sooner. The process of recovering from an ACL injury is slow, and I need to be careful and not rush.

Going by the book, a player usually takes 6-9 months to come back. But at the same time there have been cases where a player has come back in 4 and a half months. Unfortunately, I will miss the entire season of the ongoing Hero Indian Super League. But there’s always the next time.