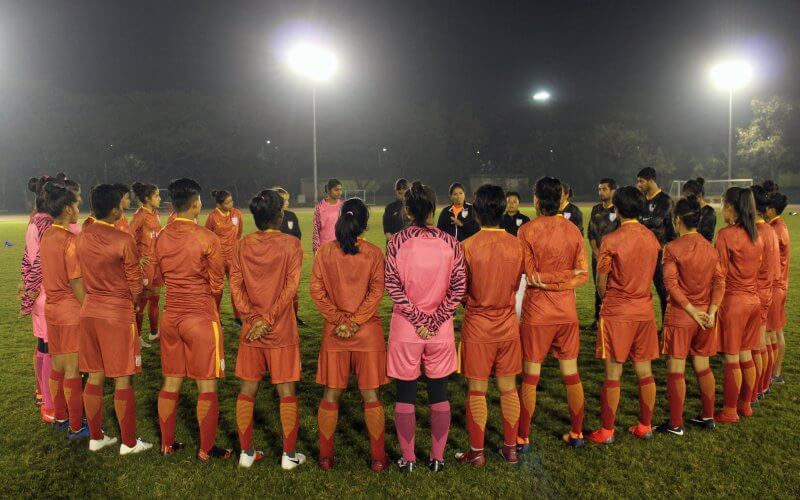 NEW DELHI: It was in 2018 that All India Football Federation (AIFF) entered into a Memorandum of Understanding (MoU) with the State Government of Odisha which has seen a number of National Teams -- U-15, U-17, Indian Arrows and even the Senior Women's Team being hosted by the state and gain access to state-of-the-art facilities and infrastructure in the process.

The Kalinga Stadium in Bhubaneswar was the home venue for the Indian Arrows for the 2018-19 season of the Hero I-League, and has hosted both editions of the Hero Super Cup, along with the Hero Gold Cup in February last year, where the Indian Senior Women's team faced off against Myanmar, Nepal and IR Iran.

Hailing the partnership with Odisha Sports, AIFF General Secretary Mr Kushal Das highlighted the “major impact” of the partnership on the sport in India and thanked the Government of Odisha for their “invaluable support.”

“The MoU with the Government of Odisha has had a major impact on the development of Indian Football. A number of teams have been hosted and trained making use of the State of the Art facilities at the Kalinga Stadium complex. I thank the Government of Odisha for their invaluable support and look forward to continuing the relationship strengthening the efforts for the continued growth of the sport in the country,” he stated.

“Sports continues to be a top priority for the Government of Odisha. The Odisha High Performance Centre for National Youth Teams mark a convergence between the vision of the Govt. of Odisha and the All India Football Federation. The Govt. of Odisha, along with AIFF, is committed to strengthening the roots of Indian Football at the youth level in Odisha and India. This is a unique initiative, one, which other States would also do well to emulate, and thereby contribute to rapid development of the Indian Football landscape,” he stated.

“Other than the HPC, Bhubaneswar is also one of the venues for the FIFA U-17 Women’s World Cup India 2021, as well as the eagerly anticipated World Cup qualifier between India and Qatar. This has led to tremendous excitement amongst the football aficionados of the state, all of whom are eagerly awaiting resumption of football action,” Mr. Dev opined.

Midfielder Amarjit Kiyam, currently a member of the Senior Indian National Team, talked about the “perfect infrastructure” at the Kalinga Stadium, which he feels enabled all members of the Indian Arrows (2018-19 batch) to play a stylish brand of football, obtaining some memorable results in the process.

"The stadium pitch was perfect. It allowed us to play our possession-style game which was a key feature of that Arrows team. The training pitch was excellent too and had floodlights which allowed us to train in the evening as well. Where in India do you get that,” he quipped.

"It was a really memorable experience for all of us in the team. We did well in the Hero I-League that season and for me, it was a good campaign as I scored five goals too. In the first Hero Super Cup, we had come very close to defeating Mumbai City FC and in the next edition, we got the better of a top Hero ISL side like Kerala Blasters. That match was really special for us and I consider it to be the benchmark that I strive to achieve in terms of my performance,” Amarjit, who captained India in the FIFA U-17 World Cup India 2017, maintained.

Meanwhile, Blue Tigers defender Narender Gahlot, who was part of the Indian Arrows unit in 2018-19, recalled his and his team's stay at the “fully-professional set-up” in Bhubaneshwar with their residential base being the Kalinga Institute of Industrial Technology (KIIT) and the Kalinga Stadium their training facility.

"The facilities we received were absolutely wonderful. It had everything a footballer needs and everything was taken care of. At KIIT, we had a gym, swimming pool, mess as well as a lecture hall for team meetings. The rooms we stayed in were spacious and fantastic, and we were also provided with a variety of nutritious options during our meals."

"The whole experience laid down a great foundation for us as it allowed us to focus on our game completely and express ourselves on the field,” Narender added.

The 2003-born age group of the AIFF Academy youth set-up led by head coach Shuvendu Panda have been residing and training at the Kalinga Stadium -- where they have access to the stadium's world-class gym, swimming pool and the state-of-the-art High Performance Centre.

"The team is getting facilities that are on par with European countries. We use the sports science centre for testing our players and it helps a lot in aspects such as posture improvement, balancing, injury prevention, etc. It enables us to study minute details that help the players improve,” Panda informed.

“The gym has the best facilities, which are used even by Olympic-level athletes as well as the Indian hockey team. The swimming pool is also excellent, which we use every week," Shuvendu explained.

He spoke about the “positive environment” that has been created and how the opportunity to interact with athletes from other disciplines at the Kalinga Stadium Complex is also another added advantage.

"With the right environment, the performance of the players automatically gets enhanced. Seeing other Olympic-level athletes around them and the hard work they put in, also inspires the young boys to put in their best efforts," he added.

Bhubaneswar has been selected as one of the venues for the FIFA U-17 Women’s World Cup and is also slated to host the FIFA World Cup Qualifying match between India and Qatar. Besides it has also played host to the Hero Indian Super League and the Hero Super Cup as well.