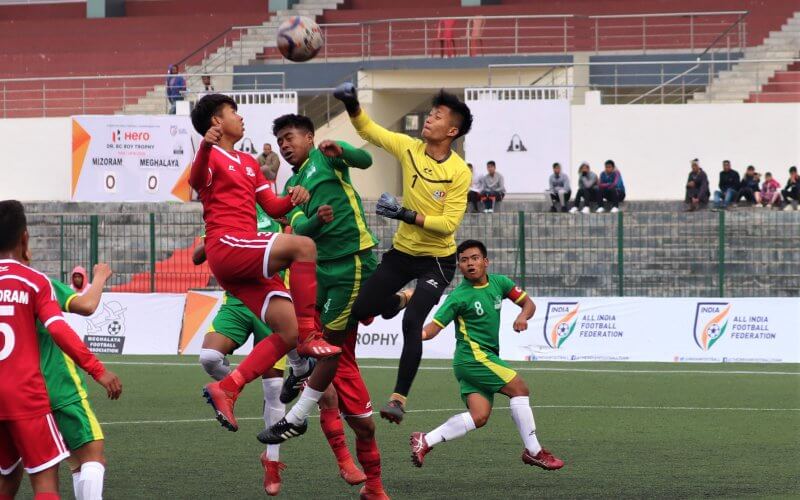 NEW DELHI: The Hero Junior NFC for the Dr. BC Roy Trophy 2019-20 underway in Shillong will see its champions being crowned on Thursday (February 6, 2020) as Mizoram go up against Punjab in the final at the Jawaharlal Nehru Stadium.

The tournament began with 16 teams, divided into four groups of four each, with Mizoram, Punjab, Meghalaya and West Bengal emerging as winners in each to enter the semifinal stage.

14 matches, including the two semi-finals, have been broadcast live on the Indian Football Team Facebook page and garnered a total of 4.2 lakh views on the platform -- thus averaging 30,000 views per match. The live match videos enjoyed a reach of 15.6 lakh users, collecting an average of 1.1 lakh impressions per match.

The most-viewed game was the one played between Manipur and Kerala -- two of India's most football-loving states, on February 2, 2020. The match received 45,000 views and a reach of nearly 1.7 lakh. Kerala ran out 3-1 winners in the end, with Abhijith G being named the Man of the Match.

With the final left to play on Thursday at 1 pm, fans from across the country are expected to tune-in to watch the summit clash and add to the viewership figures