News
Ours can be labelled as a ‘World Cup Family:’ Amarjit Singh 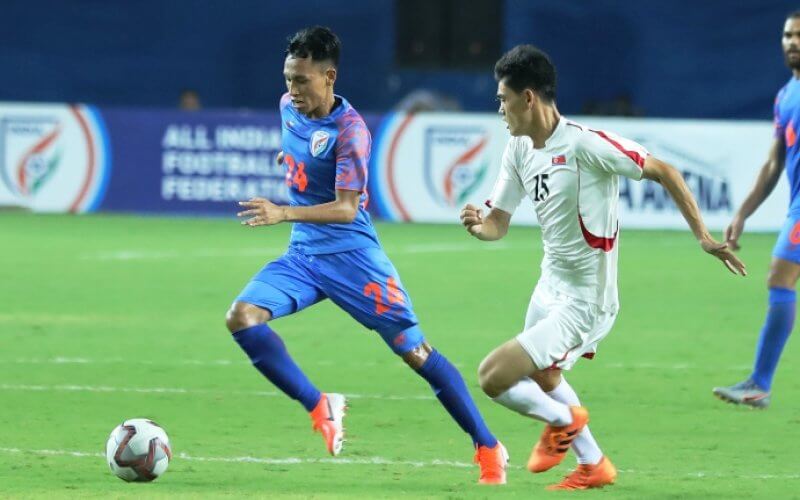 NEW DELHI: Amarjit Singh, who captained the country in the only FIFA World Cup that India have participated till now feels their family can be labelled as "World Cup family" should his cousin Kritina Devi represent India in the forthcoming FIFA U17 Women's World Cup 2021.

"She is one of the few girls from our place who started playing football with boys. I hope she gets selected and plays in the upcoming U-17 Women's World Cup. It will be a very proud moment for our family. Then we can be tagged as a world cup family. Isn't it?" Amarjit said with a smile during an interview with AIFF TV.

Kritina Devi is an integral member of the India U-17 Women’s team who are gearing up under the coaching of Swedish coach Thomas Dennerby for the upcoming FIFA U-17 World Cup India 2021.

Amarjit Singh and his cousin Jeakson Singh have already written their names in the history books, having represented the country in the FIFA U-17 World Cup India 2017. While Amarjit captained the side, Jeakson was India’s scorer against Columbia – India’s sole goal in any FIFA World Cup till date.

"Jeakson and I have shared our experiences with Kritina and she sounds thrilled. Those are lifetime memories and don't sink in soon. Hope she also gets the opportunity to experience these things at the biggest stage," he added.

Amarjit even shared an anecdote when he and his teammate Suresh (Singh Wangjam) had a jaw-dropping moment as they were covered by private security 24/7 in the team hotel during the extravaganza.

"One day, while going to the gym, Suresh and I noticed two people following us. We didn't bother much and headed to the gym for our regular stretching session. Once we were done, we found them waiting just outside the entrance.”

“Once queried, they informed us that they were stationed for us. We couldn't believe it. A few days back, anyone used to hardly bother about us. But then we were taken care of by private security guards. That was the off-the-field enigma of FIFA World Cup."

"When we used to travel, we were guided by a police patrol van. Everyone knows about the infamous Delhi traffic but we were given clear passage while going to the stadium. You couldn't expect these unless you could represent your country in a World Cup. Those were really unreal!"

Moreover, Amarjit also mentioned how he was "chosen" to be the captain before the U-17 World Cup. The-then coach Luis Norton de Matos hosted an election to choose the captain and almost the entire squad chose the Manipuri midfielder unanimously - "the chosen one" indeed!

🗣️ @amarjitkiyam: "When we used to travel, we were guided by a police patrol van. Everyone knows about the infamous Delhi traffic but we were given clear passage while going to the stadium. You couldn't expect these unless you could represent your country in a @fifaworldcup. Those were really unreal!" #IndianFootballForwardTogether #IndianFootball ⚽ #BackTheBlue 💙

"Coach asked us to share three preferences and accordingly, we used to rate them. Once everyone submitted their preferences, I found that almost everyone mentioned my name as one of their choices. I realised how much they loved and respected me. It elevated my role in the team and I realised my responsibility as the leader."

"My dream was to play my part and get selected in the team for the FIFA U-17 World Cup. I spent more time with them compared to my family. For my surprise, they chose me as their captain. I never expected that, even in my wildest dream," the 19-year-old revealed.

Amarjit further credited the Hero I-League exposure for moulding him into a better and sharper player. Following the FIFA U-17 World Cup, they were introduced to Hero I-League 2017-18. Incidentally, they had a blistering start with a whopping 3-0 victory over Chennai City FC in Goa.

"Initially we were a bit scared as we were to face big guns like Mohun Bagan, East Bengal and others. Even, NEROCA, the team from our locality was all set for their Hero I-League debut. But, our coaches, support staff motivated us and those matches against senior professional players and foreigners helped us grow immensely."

"After the World Cup, AIFF made a ladder for us for further improvement as a team. After playing for a couple of seasons in Hero I-League - I realized how those experiences helped me improve as a footballer," Amarjit stated.