Competition
OUR PRIMARY TARGET IS TO WIN THE TOURNAMENT: CONSTANTINE 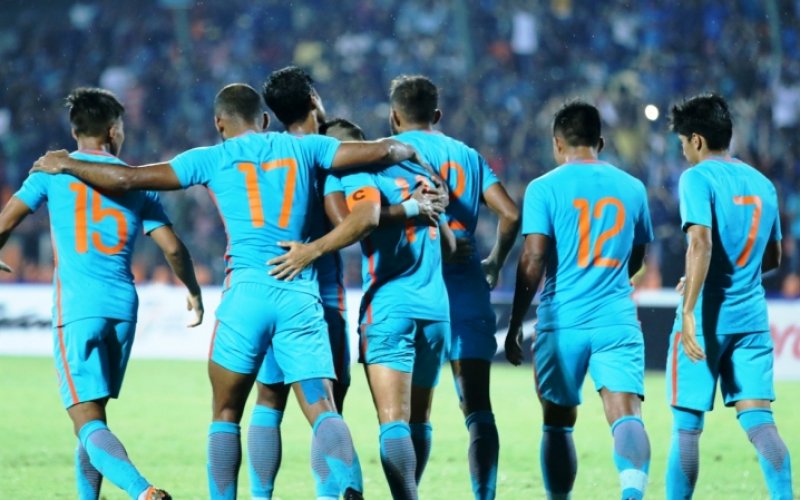 MUMBAI: A day prior to the much-awaited Hero Intercontinental Cup final against Kenya, Indian National Team Head Coach Stephen Constantine stressed all that happened in the round robin stage “done and dusted” and the final is going to be a “new challenge.”

"What we did in the round robin stage is done and dusted but we cannot take anything for granted in the final. Kenya have shown what they are capable of, especially from set-piece positions. We totally respect them but at the same time our primary target is to win the tournament,” Constantine said at the official pre-match press conference at the Mumbai Football Arena today (June 9, 2018).

The final match is scheduled at the same venue tomorrow (June 10, 2018). The match which will kick-off at 8 pm will be telecast live on Star Sports 2, Star Sports 2 HD, Hotstar and Jio TV.

In addition, tickets are also available online on www.bookmyshow.com and at the box office counters at the venue.

The last time the two teams met in the group league stage, India had run away to emerge victors 3-0 after a goalless first-half. A brace from captain Sunil Chhetri in his 100th International match and a rasper from fellow striker Jeje Lalpekhlua had settled the issue for India on the day.

Won’t the victory provide India with a psychological advantage?

"The round robin stage is history now. We will start afresh tomorrow and try to win it,” Constantine maintained. "We had qualified after the first two games and it was important for us to give the other players an opportunity to play.”

Meanwhile, there are dark clouds overhead and there a forecast of torrential downpours tomorrow as well.

Former AIFF Academy cadet Anirudh Thapa who was also present at the press conference felt India need to “adapt to the condition faster.”

"We have to quickly adapt to the situation and will play accordingly. If there is water on the pitch, we have to adjust accordingly. The situation against Kenya was challenging but we coped up well. We'll try to do the same tomorrow,” he quipped.

Meanwhile, Constantine cracked a joke that players “who can swim” will get a chance in the final.

"The players who can swim will get a chance tomorrow,” he laughed. “Jokes apart, the weather is something which we can't control. I hope the ground condition improves. Whatever it is, we have to play according to the situation.”

"This guy (pointing to Anirudh Thapa) has been outstanding so far. He can play in more than one position. If you talk of Pronay Halder, he can play as a defensive midfielder as well as a defender. The same applies for Dhanapal Ganesh as well who's unfortunately ill. Also, Jerry can play as the left-back as well as upwards,” he pronounced. "The two central defenders in Sandesh (Jhingan) and Anas (Edathodika) have been outstanding for us and it is something we are happy about. You have to put the right people in the right place and this is what we are trying to do."

"What we focus on is the work rate and the boy sitting next to me (Anirudh Thapa) has been terrific in his work rate. That's the kind of player we need in this Indian National Team,” the coach clarified.