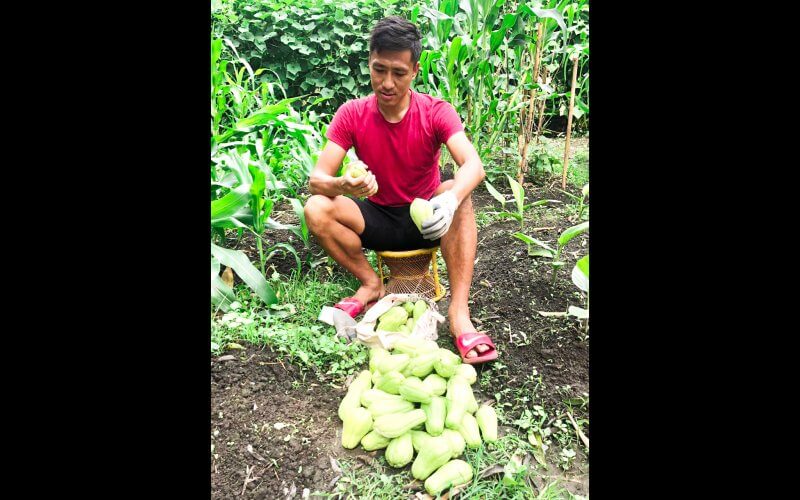 NEW DELHI: Former India captain and central defender Gouramangi Singh has discovered a new passion which is keeping him connected with the ground -- organic farming. Currently with his family in Imphal due to the prevailing Covid19 pandemic and subsequent lockdown, Gouramangi stated that maintaining his kitchen garden and growing vegetables has been a “positive” way to spend time for him.

"We have a small patch of land, less than an acre. It is some walking distance from our house. We had a kitchen garden there for the last two years and over the lockdown period, my siblings and I have tried to expand it and grow different varieties of vegetables -- such as chillies, turmeric, ginger, squash, corn, karela (bitter gourd), pumpkin, lauki (bottle guard)," Gouramangi told www.the-aiff.com.

The former defender, who is currently the head coach of Hero 2nd Division League side FC Bengaluru United, added the new experience has benefitted him to make good use of the newly-found free time.

"It has been a really positive experience and I have enjoyed it a lot. Working on the garden is always fun. We try to spend a few hours there every day. Laying the beds, planting the seeds, watering the plants and plucking the vegetables -- it is all so satisfying, especially when our hard work bears fruit," he stated.

"It is a nice way to stay fresh -- both physically and mentally. It also ensures that we are eating healthy and also allows us to spend quality time with family," he added.

While it was during the enforced period of lockdown that he developed an interest in organic farming, Gouramangi mentioned that it is something he wants to explore more in the future and hopefully take to the “next level.”

"I posted a picture of my garden on social media and my family and friends started messaging me -- asking for their share," Gouramangi joked.

"On a serious note though I would love to explore more in the future. Some of my friends have been doing it and I've also been speaking to them. I'm very happy with the kitchen garden as of now. I want to take one step as a time. In the next couple of years, if there is an opportunity to take it to the next level -- I would certainly be up for it," he smiled.

Gouramangi is one of the most decorated players in Indian football in recent times -- having won the National Football League, Federation Cup and Hero I-League titles, along with the AIFF Player of the Year award in 2010. He was also a part of India’s campaign in the AFC Asian Cup Doha 2011, where he scored India’s opener against Bahrain.

"My work with the club (FC Bengaluru United) and my academy has been keeping me busy during the lockdown. Apart from the kitchen gardening, I do basic workouts daily to keep myself in shape -- such as core exercises and some ball work. At times, I go running as well.”

“I'm also trying to read as much as possible and develop a habit. With more time on my hands, another positive has been connecting with people who I had not spoken to for a long time," the former Blue Tiger expressed.

Gouramangi urged people to keep a “positive mindset” in the fight against COVID-19 and continue taking the necessary steps to help prevent its spread.

"What has happened is so unfortunate and people are losing their lives. It is extremely important for us to take all the necessary precautions and take care of our loved ones. Let's try and keep a positive mindset and continue with the efforts we have shown so far," he stressed.