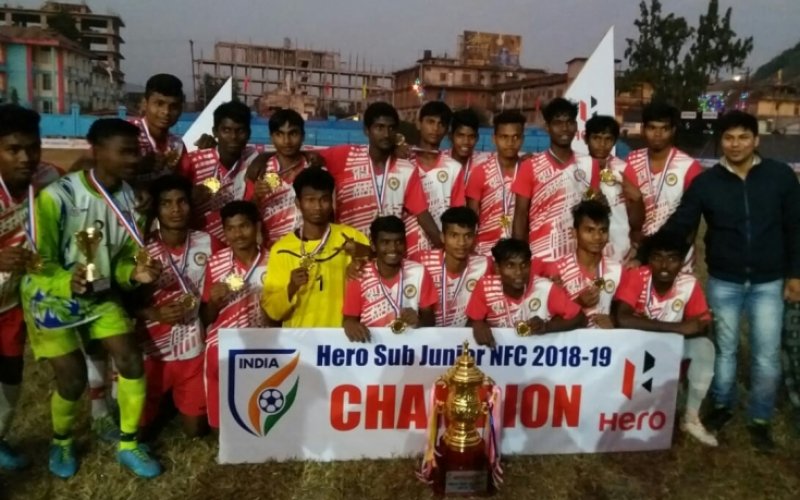 NEW DELHI: The Sub Junior National Championships came to an end with Odisha taking running away with the top awards by dint of the dreaded penalty shootouts, beating hosts Arunachal Pradesh 5-4 on penalties, after the match ended 0-0.

With this win, the eastern state completed the tournament without losing a single match.

These sequence of results pitted them against the second-placed team from Group B – Jharkhand – in the semi-final. In a derby between the two neighbouring states from the eastern regions of the country, Odisha maintained the upper hand over Jharkhand, winning by a convincing 6-2 margin.

Meanwhile, hosts Arunachal Pradesh had also shown great promise in a tournament where their team was buoyed by the surging crowd that registered upwards of 10,000-12,000 fans every match. They beat Maharashtra 1-0, Punjab 1-0, and Tamil Nadu 9-1, before losing to eventual winners Odisha in the last Group stage match.

After overcoming heavyweights Mizoram in the semi-finals, the hosts gave a tough fight to Odisha in the final, but fell one short in the penalty shootout.