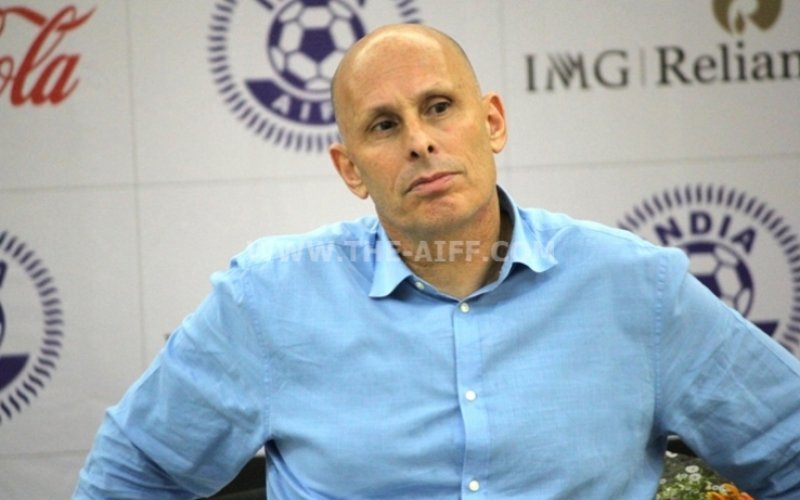 NEW DELHI: All India Football Federation has appointed a new look support staff for the Indian Senior National Team for its International commitments.

Besides former Indian National Team Captain Shanmugam Venkatesh who has been roped in as Assistant Coach, Daniel Darrel Deigan will be in charge of fitness, rehabilitation and injury prevention. Furthermore, Rogerio Ramos, have earlier had stints with Goan Clubs in the National League has been appointed as the Goalkeeping Coach.

Deigan, an Australian by birth has a Masters Degree in strength and conditioning and is a “young energetic sports scientist.”

“He has earlier worked in the A-League with Clubs and is an expert on strengthening, conditioning and rehabilitation which I am very much into as a Coach,” National Coach Stephen Constantine told www.the-aiff.com. “It’s important to plan the diets and the eating habits and at any given time, the Player needs to be aware of the colour of his urine and what it actually means.”

“Football is all about detail and someone who pays attention to it is required. He will add something to the National Team which it never had and it will have its impact, both in the short term as well as long term.”

“He is someone who knows his job and gives everything to the Course. He will be the first to get onto the pitch and the last to get off it.”

Constantine’s first assignment for India is against Nepal on March 12 and 17 in Guwahati and Kathmandu respectively in the World Cup Qualifiers Preliminary Joint Qualification Round 1.

“Venkatesh has a Football mind which you cannot buy,” the National Coach mentioned about Venkatesh, sitting across the table. “He has had a career in International Football spanning over 11 years and he exactly knows what I want, the manner I want to play.”