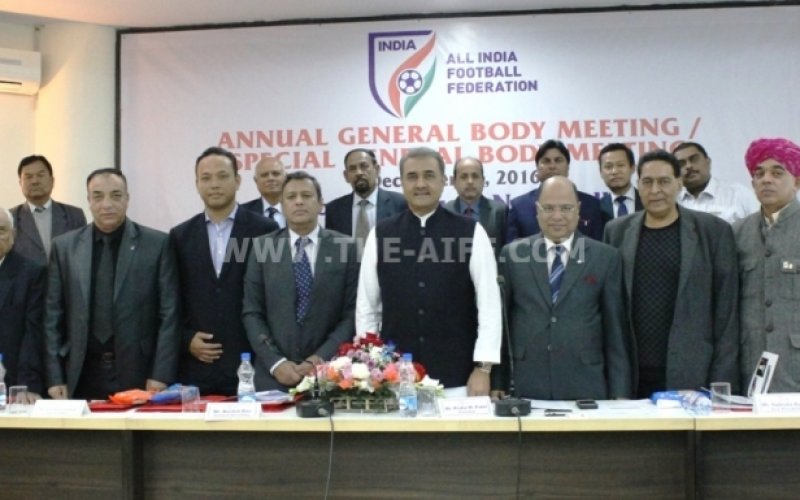 The electoral process was completed in the presence of the appointed returning officer Justice Bipin Chandra Kandpal (Retd.) who declared Mr. Patel elected along with the Executive Committee for the term 2017-2020.

“I declare Mr. Praful Patel unanimously elected as the President of the All India Football Federation. All nominated persons for the posts of Executive Committee members have also been elected unanimously, subject to the final outcome of the pending court proceedings. Congratulations to all of them”, Justice Kandpal declared.

“On behalf of the AIFF, I can assure you of the highest standard of ethics and transparency,” Mr. Patel told the house immediately after being re-elected.

“I thank all of you for your support and am grateful for your continuous support,” he added. “I take pride in the fact that I have been given the honour of heading one of the most professional sports bodies in the Country.”

Meanwhile, the Special General Body Meeting, which was also held unanimously, approved the proposed amendments to the AIFF Constitution.

The salient features of the amendments are as follows:

2. To clarify and modify certain definitions to avoid anomalies and ambiguities.

3. To bring in more transparency in governance by including independent members in committees like finance and audit, development and judicial committees.

The Executive Committee would also include a former Indian International player who has represented India in a minimum of 25 Official International matches.

6. Terms of references of the standing and judicial committees have also been amended to bring in better governance and transparency, and remove existing ambiguities.

Mr. Patel also announced the winners of the 2016 AIFF Awards. A list of the recipients of the Awards can be found on https://www.the-aiff.com/news-center-details.htm?id=7722