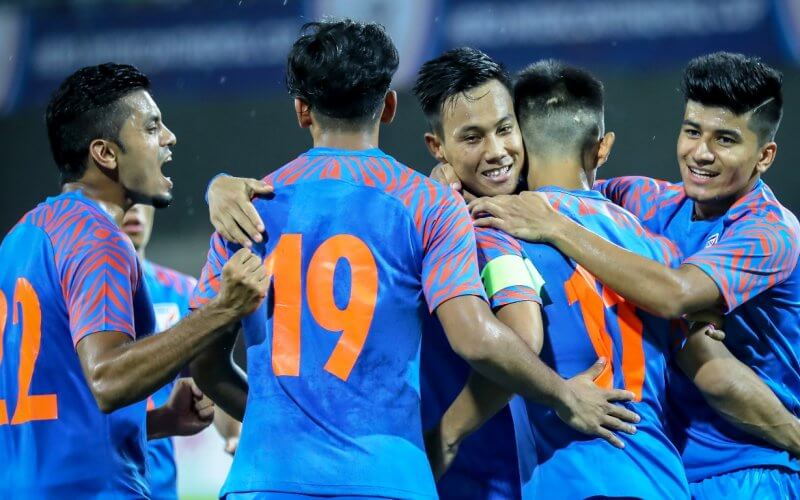 NEW DELHI: Legendary Indian striker Bhaichung Bhutia, the first Indian to have 100 international caps to his name, spoke about the changes he has seen in Indian football since he hung up his boots in 2011.

In a chat with AIFF TV, Bhaichung talked about the increased number of matches as well as the vast improvement in exposure and infrastructure that players are getting these days.

"The kind of support, the platforms, the level of competition, the players, the coaching staff -- all are much, much better than what we got previously. Now, the number of matches played by the National Team is three or four times the number we played in the initial stages,” he averred.

"We had fewer games in comparison and often would get drawn against tough teams in qualification games. Players now are getting many more matches and so much exposure. It has helped them to improve and get better over time," he stated.

The talismanic striker, who made his Indian Senior National Team debut in 1995 shared his views on the positive impact made by the introduction of the Hero Indian Super League, which began in 2014 and has now seen six editions being held.

"With the Hero ISL coming in, you can see that the infrastructure, training grounds, matches, coaching and quality of pitches are of much higher standards. In my time, we would have some difficult pitches to play on where the ball did not even roll. However, I have many great memories of those matches and I thoroughly enjoyed playing,” he quipped.

When quizzed about whether he has any regrets of not being able to play in the competition, he mentioned that he is glad about what he had, and in the future, he expects things to keep improving.

"I am happy with the opportunities I had in my career. I don’t regret not playing in the Hero ISL. Everyone should be happy with what you have. I was lucky to have the I-League in our time and most of us were fortunate to play in it. Football in India is developing and the standard, infrastructure and coaching level is all improving continuously," he quipped.

Bhaichung, who was awarded the Arjuna Award in 1998 and the Padma Shri in 2008, also stressed on how important it is to keep producing quality players for the National Team and continue working at the grassroots level of the game.

"Our target for the National Teams should be qualifying for the AFC Asian Cup and the FIFA youth World Cups on a regular basis," he remarked.